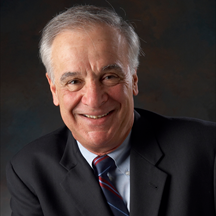 Add-on therapy liraglutide is beneficial for glycemic control in children and adolescents with type 2 diabetes (T2D) for up to a year, according to findings from a new study.

A team of US-based investigators—led by William V. Tamborlane, MD, of the Department of Pediatrics at Yale University—conducted the 52-week study with 135 patients aged 10-17 years old with qualifying high scores for body-mass index (BMI) and glycated hemoglobin (HbA1c) levels. They sought to understand liraglutide’s potential benefit as an add-on therapy to metformin in this patient population which often reported early glycemic control loss during monotherapy.

As they noted, insulin is the only current drug class approved in the US for young T2D patients who do not have adequate response to metformin—whereas adult T2D patients have a series of both oral and injectable agents including GLP-1 agonists and sodium-glucose co-transporter 2 (SGLT-2) inhibitors available for glycemic control.

“This discrepancy in available treatments for youth as compared with adults persists because of a lack of successfully completed trials needed for approval of new drugs for the treatment of type 2 diabetes in children since a trial of metformin was completed in 1999,” Tamborlane and colleagues wrote.

The Evaluation of Liraglutide in Pediatrics with Diabetes (ELLIPSE) trial—this phase 3 study—is the result of a four-year patient enrollment and one-year treatment period which began in 2012 and was finalized in 2018.

Patients with T2D were randomly assigned 1:1 to either subcutaneous liraglutide daily—dosed up to 1.8 mg—or placebo for an initial 26-week double-blind period, then a 26-week open-label extension period. All patients had a BMI greater than the 85th percentile, and HbA1c level between 7% and 11%. Patients on metformin with HbA1c of at least 6.5% were also included in the assessment.

All patients were administered metformin in the trial. Investigators assessed for a primary endpoint of change in HbA1c from baseline to 26 weeks, and secondary endpoints including change in fasting plasma glucose level.

Of the 135 randomize patients, 134 received at least 1 dose of liraglutide (n = 66) or placebo (n = 68). Mean patient age was 14.6 years, with similar demographic characteristics observed in the 2 treatment arms.

Almost two-thirds (63.7%) of patients administered liraglutide achieved a glycated hemoglobin level of 7.0% at the trial’s end; just 36.5% of patients on metformin plus placebo reached that mark (P < .001). That said, the GLP-1 agonist add-on therapy did show statistical superiority in lowering patient BMI score.

Per 1 patient-year of exposure, patients on liraglutide reported a greater rate of adverse events than patients on placebo. A high rate of gastrointestinal adverse events, primarily during the first 8 weeks of treatment, were observed—though most were mild, and nausea constituted the most frequently reported event.

Though a greater rate of patients on liraglutide reported serious adverse events and medical events of special interest, none were considered to have been clustered, and no patient deaths were reported.

Tamborlane and colleagues observed gastrointestinal complaints were also consistent among adult patients with T2D who were previously assessed on greater doses of liraglutide.

They noted trial limitations included the rapid dose-escalation schedule used for treated patients, as well as the limited data of patients treated with the highest dose of 1.8 mg daily liraglutide.

That said, the findings did evidence the superiority of liraglutide plus metformin versus placebo, regardless of patient basal insulin use, for the control of glycemia in children and adolescents with T2D.

“Moreover, over the course of 52 weeks, a decrease of 0.50 percentage points in mean glycated hemoglobin levels was observed with liraglutide,” they concluded, “whereas an increase of 0.80 percentage points was observed with placebo — an increase similar to previously reported changes in glycated hemoglobin levels observed over 12 months in youth with type 2 diabetes treated with metformin with or without insulin.”

The study, “Liraglutide in Children and Adolescents with Type 2 Diabetes,” was published online in The New England Journal of Medicine.