No Link Found Between Schizophrenia Physical Morbidity and Antipsychotics 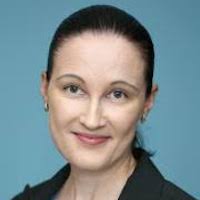 The use of antipsychotic medications often comes with short- and long-term negative outcomes for schizophrenia patients.

A team of investigators, led by Heidi Taipale, PhD, Department of Clinical Neuroscience, Karolinska Institutet, conducted a nationwide, register-based cohort study to assess the risk of hospitalization due to physical health problems. The health problems served as a marker for severe physical morbidity and the risk of all-cause mortality, as well as of cardiovascular and suicidal death, associated with antipsychotic use for patients suffering from schizophrenia.

There was also an incident cohort involving 8719 first patients who were hospitalized for the first time due to schizophrenia between 1996-2014, who had not used antipsychotic drugs during the year preceding hospitalization.

“These data suggest that long‐term antipsychotic use does not increase severe physical morbidity leading to hospitalization, and is associated with substantially decreased mortality, especially among patients treated with clozapine," authors wrote.

Ultimately, long-term antipsychotic use was not linked with increased severe physical morbidity among persons with schizophrenia when compared to exposure and non-exposure in the same person.

While effective at preventing schizophrenia relapses, antipsychotics can be harmful to the patients’ long-term physical well-being. Antipsychotic use is also associated with an increased risk of serious adverse events, including tardive dyskinesia, as well as weight gain, dyslipidemias, glucose metabolism dysregulation, QTc prolongation, and sudden cardiac death.

However, it is not fully known whether these cardiometabolic adverse events are associated with greater morbidity and mortality in long-term use.

According to a meta‐analysis based on studies from various countries, patients with schizophrenia have a 14.5 years shorter average life expectancy compared with the general population.

The new Finnish study shows the gap in longevity has remained virtually the same during the last 3 decades, likely because of a simultaneous decrease in suicides and increase in cancer and cardiovascular deaths in patients with schizophrenia.

In large observational studies, investigators have also found beneficial effects of antipsychotics on all-cause mortality, which has been attributed to more healthy lifestyle behaviors, less psychosis-related cortisol increase, increased secondary prevention due to engagement with the medical system in antipsychotic-treated patients.

Recently, investigators touted the results of a new schizophrenia drug, SEP-363856, said to eliminate some of the negative side effects common with antipsychotics.

Rather than target dopamine D1 or D2 receptors, SEP-363856 influences the dopamine system in a different manner through the trace damage associated with the trace amine-associated receptor 1 (TAAR1) and serotonin 1A (5-HT1A) receptors.

The study, “20‐year follow‐up study of physical morbidity and mortality in relationship to antipsychotic treatment in a nationwide cohort of 62,250 patients with schizophrenia (FIN20),” was published online in World Psychiatry.

Click here to sign up for more MD Magazine content and updates.
Related Coverage >>>
Undiagnosed Obstructive Sleep Apnea an Economic Burden for Older Adults
Bipolar Disorder Symptoms Delayed After Family Psychotherapy
Adam B. Hill, MD: Improving Public Mental Health Care
You May Also be Interested in
Most Popular
Cognitive Behavioral Therapy for Children with Autism and Sleep Disorders
Most Read Clinical Headlines in 2013
Mental Health Openness Improves Med Students' Attitudes
Reducing Disparities in the Delivery of Healthcare to Patients with Lupus: A Q&A with Sam Lim, MD, Consortium Chair of the Lupus Initiative
A Year in Review: All About Multiple Sclerosis