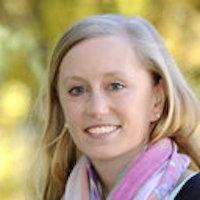 Maria Christine Magnus, PhD
Peter Gibson, PhD, of the John Hunter Hospital in Newcastle, Australia, recently noted that orchestrating the prevention of childhood asthma may currently be one of the greatest goals in respiratory medicine.

In an effort to pursue goals related to that idea, a team of investigators behind a recent observational study examined the link between fertility treatment and asthma risk. Subfertility and previous miscarriages have been found to have an impact on childhood asthma.

The study, led by Maria Christine Magnus, PhD, of the Center for Fertility and Health, Norwegian Institute of Public Health, suggested that children conceived with assisted reproductive technologies (ART) may be prone to asthma—supporting previous research on the matter. According to former findings, the risk of asthma is increased when the mother has experienced a previous miscarriage.

The investigators analyzed birth and prescription data from national Norwegian health registries of 474,402 children born between 1998 and 2009, as well as the Norwegian Mother and Child Cohort Study, which included 75,797 children, according to the study.

However, regardless of group, children who had been using ART reported a relative risk of 1.42 (95% CI: 1.12-1.37). When compared to children who were conceived spontaneously with a time to conception surpassing 12 months, they were significantly more likely to have asthma as per relative risk (1.42 vs 1.22; 95% CI: 0.95-1.57), investigators observed.

Among children born to mothers who had previously experienced a miscarriage within the first 12 weeks of pregnancy, there was a 7% increased risk for asthma for 1 miscarriage, and 24% for 3 or more miscarriages.

The data points to the notion that subfertility alone does not explain the increased risk for asthma in children conceived through ART. Research also postulated that procedures involved in ART may impact the embryo and the natural course of fetal development.

Investigators noted that drugs used to induce ovulation and maintain pregnancy, frozen and thawed fertilized embryos, hormonal development, and other embryo manipulation may play a role in affecting the fetus. They also noted the immune system’s role in patient asthma risk.

Despite various postulations, they conceded that additional research is still required in order to conclusively prove a link between ART and increased asthma risk.

“Although this needs to be confirmed in future studies, and further suggest that common mechanisms underlying parental subfertility and recurrent miscarriages might influence offspring asthma pathogenesis,” investigators wrote.

The study, "Maternal history of miscarriages and measures of fertility in relation to childhood asthma," was published online in BMJ.