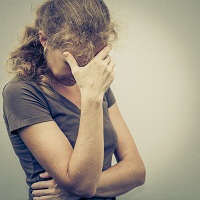 People who experienced anxiety at any point in their lives demonstrated a 48% higher risk of developing dementia, according to findings published in the journal Alzheimer’s & Dementia.

Researchers from the University of Southern California reviewed nearly 30 years of literature to address whether or not anxiety “damages” the brain.

The researchers also wanted to identify the potential mechanisms for the link between stress and neuropsychiatric illness. The researchers examined the Karolinska Institutet’s findings, encompassing more than 1,000 fraternal and identical twins. The patients filled out in person tests every three years, answered questionnaires, and were screened for dementia throughout the study.

The researchers found that the patients they classified in the “high anxiety group” compared to the lower group reported anxiety patients were approximately 1.5 times more likely to later develop dementia. The investigators noted that high anxiety patients tend to have higher levels of stress hormones, including cortisol. They added that higher levels of cortisol stress the hippocampus and prefrontal cortex.

“Anxiety, especially in older adults, has been relatively understudied compared to depression,” lead author Andrew Petkus explained in a press release. “Depression seems more evident in adulthood, but it's usually episodic. Anxiety, though, tends to be a chronic lifelong problem, and that’s why people tend to write off anxiety as part of someone's personality.”

The researchers attributed this finding to the link between anxiety, which is associated with the amygdala, and impairments in the prefrontal cortex and hippocampus.

When the amygdala is enhanced and the anxiety is turned up, the structural degeneration in the prefrontal cortex and hippocampus is inhibited – and the ability to control the stress response doesn’t exist, the researchers said. However, there is hope that both pharmacological (i.e., antidepressants) and non-pharmacological interventions (such as cognitive behavioral therapy or exercise) may be able to balance out or reverse these stress induced damages to the brain.

The patients with anxiety were types of people that experience “more than usual symptoms of anxiety,” co author Margaret Gatz added. “They are people who you would say operate at a ‘high level of anxiety.’ They are frantic, frazzled people.”