Link between Depression, Abnormal Brain Response to Visceral Pain in Patients with IBS 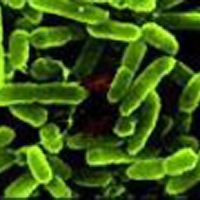 Scientists in Germany have discovered a causal relationship between psychological factors and symptoms of irritable bowel syndrome (IBS) after viewing high rates of anxiety and depression among IBS patients.

According to a United European Gastroenterology (UEG) Week press release, the study results suggest patients with IBS tend to abnormally process pain signals from the gut. Additionally, it was noted that “disturbed brain responses to pain are particularly pronounced in patients with more depression symptoms”.

Led by Sigrid Elsenbruch, PhD, a professor at the University of Duisburg-Essen in Germany, the research team conducted rectal distensions with a pressure-controlled barostat system with 34 subjects, 17 afflicted with IBS, and 17 age- and sex-matched healthy controls.

With the myriad of research surrounding the brain-gut relationship, the primary goal of this study was to assess the neural activation patterns after the individuals were administered saline and a saline placebo.

Elsenbruch commented in a news release, “Our study has shown that patients with IBS are less able to suppress pain signals in the brain coming from the bowel and that depression plays a role herein. This study confirms the complex relationship between the gut and the brain and shows that affective disorders may contribute to the development of maintenance of disturbed pain processing in IBS.”

Results from the functional MRIs in the 17 healthy subjects showed reduced neural activation in pain-related brain areas during both the saline and placebo treatments indicating “significant central pain inhibition”. However, there was no such inhibition in the group of IBS patients, suggesting a lower threshold of pain in those with IBS.

Researchers suggested that this correlation has opened the gates to theories that IBS is not solely a physical disorder – it’s partially a psychological affliction as well. Elsenbruch noted, “However, the condition is complex and most likely results from an interplay between psychological and biological factors. In fact, we don’t really know whether anxiety and depression result from having IBS or whether they contribute to the development or maintenance of symptoms. In many patients, both possibilities may be true at the same time.”

Click here to sign up for more HCPLive® content and updates.
Related Coverage >>>
Banafsheh Kashani, MD: Uterine Fibroids and the Importance of FDA Approvals
Laparoscopic Ileocecal Resection Comparable to Anti-TNF's for Crohn's Disease
Baloxavir Effective in Preventing Spread of Flu
You May Also be Interested in
Most Popular
Denise Daley, PhD: Early Asthma Interventions for Infants
Top 10 Painkillers in the US
Opinion: Fellow Physicians, Please Stop Devaluing Your Medical License
How to Spot a Bad Doctor
Flu Cases Near 30 Million in the US, CDC Reports