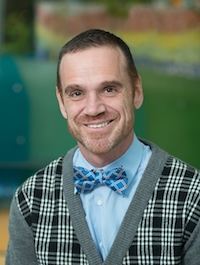 Robert Garofalo, MD, MPH
A behavioral program, Project LifeSkills, successfully reduced HIV risk behavior among young transwomen. Participants in the intervention arm had a 39.8% greater mean reduction in condomless sex during the study’s 12-month follow up compared to those who received standard care.

“For me, 30+ years into this epidemic, it is somewhat appalling that to-date there has not been an intervention that has been shown to be effective with transwomen—a demographic group well known to be if not at THE highest risk for acquiring HIV, certainly a very high-risk group based largely upon sexual behavior,” Garofalo told MD Magazine®. “This study changes that.”

The study was conducted at community-based locations in Boston and Chicago and included 180 young transgender women between the ages of 16 to 29 years. Participants were randomized to the LifeSkills program (n = 116), standard of care (SOC) only (n = 74), or a diet and nutrition time- and attention-matched control (attention control) arm (n = 43). This attention control arm was dropped during active enrollment due to a recommendation by the Data Safety and Monitoring Board.

The LifeSkills intervention consisted of six 2-hour sessions presented over a 3-week period. Sessions addressed HIV transmission modes and risks, condom use, communication and negotiation with a sexual partner, and motivation to protect oneself. The program was developed “by and for” transwomen, according to Garofalo, and was based on their lived experiences and needs.

“It was never an esoteric research project but was driven and directed by the community,” explained Garofalo. “It had community participation from start to finish with young transwomen being part of every aspect of the study—from study design, to intervention development, to recruitment and study implementation.”

Participants completed a computer-assisted interview at a baseline study visit about sexual behaviors of the previous 4 months and were screened for HIV infection and urogenital gonorrhea and chlamydia infections. Follow-up assessments were completed at 4, 8, and 12 months. At baseline, the Poisson mean (SE) number of condomless sex acts for the previous 4 months was 2.06 (0.30).

In a commentary on the study, Brittany J. Allen, MD, University of Wisconsin School of Medicine and Public Health, Madison, WI, noted that the LifeSkills program was developed before the introduction of PrEP drugs, and that the intervention may become even more effective with components encouraging PrEP use added.

“The sustained reduction in HIV risk behaviors seen with the LifeSkills intervention offer hope that this curriculum, modified to include additional content about PrEP and HIV treatment as prophylaxis, may be part of a robust, multimodal approach that would include behavioral, biomedical, and structural interventions to reduce the epidemic burden of HIV among transgender women,” wrote Allen.

The study authors also acknowledge that PrEP-related information should be added to the LifeSkills curriculum and note that further study is necessary to determine whether the program reduces incident HIV infection among an especially burdened population.

“These women are often overlooked or misunderstood by health care providers and health care systems,” said Garofalo. “A such, all-too-often they may fall through the cracks with regards to accessing care and services.”

Garofalo hopes that this study will inspire physicians to work more closely with transgender populations.

“For us and for this community this is a landmark moment in that this intervention is practical and one that can now be… implemented in places across the US and abroad that are doing HIV prevention work with young transwomen,” said Garofalo.

The study, “Efficacy of an Empowerment-Based, Group-Delivered HIV Prevention Intervention for Young Transgender Women,” was published in JAMA Pediatrics on August 13, 2018.