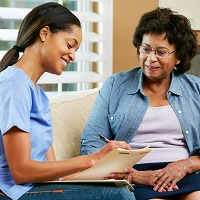 Researchers in Italy found that some patients who are successfully treated for the hepatitis C virus tend to live as long as others in the general population not infected with the disease.

The study focused on patients with compensated hepatitis C-related cirrhosis who were treated for the virus with interferon-based therapy. Results were published in the Journal of Hepatology.

Decompensation and hepatocellular carcinoma liver disorders are the main cause of death and liver transplantation among people in western countries with long term infection of the hepatitis C virus, according to a news release that accompanied publication of the study. International guidelines for treatment of the virus grant highest priority for new direct-acting antiviral drug treatments to people who have already developed cirrhosis.

The researchers noted in the article that the priority recommendation stems from favorable outcomes of people with cirrhosis who obtained sustained virologic response after being treated with interferon-based therapies. However, there is discussion as to whether the evidence is robust enough to support that position, said the authors.

"The improved prognosis for patients who had a sustained virologic response has only been documented up to now by comparing patients who had such a response to interferon-based therapies with similar patients who were unsuccessfully treated, raising concerns about the real value of SVR as a reliable marker of disease outcome," lead investigator Savino Bruno, MD, of the Humanitas University and IRCCS Istituto Clinico Humanitas, Rozzano, Italy, stated in the news release.