Less Cardiovascular Events with Metformin Than Sulfonylureas in Diabetics 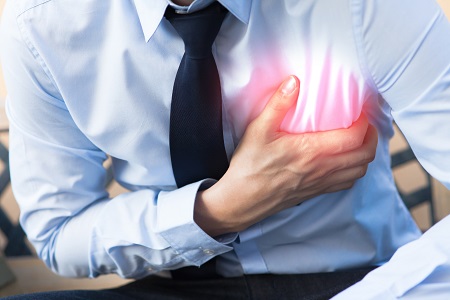 A new study from investigators at Vanderbilt University is shining a new light on how cardiovascular outcomes differ for diabetic patients with reduced kidney function when receiving metformin monotherapy compared with sulfonylurea monotherapy.

After reviewing nearly 100,000 patients, investigators determined treatment with metformin was associated with a lower risk of major adverse cardiovascular events (MACE) than sulfonylurea in diabetic patients with reduced kidney function.

In order to assess the associations of MACE with monotherapy treatment with either metformin or sulfonylurea, investigators conducted a retrospective cohort study through examination of patients receiving care within the national Veterans Health Administration. Additional data was pooled from Medicare, Medicaid, and the National Death Index. Data from 2002 through 2015 was included in the current study.

Patients included in the study were 18 years of age and older and considered regular users of VHA care, which investigates defined as an encounter or prescription fill once every 365 days for 2 or more years prior. Only patients with new-onset type 2 diabetes were included and new users of metformin or sulfonylureas glipizide, glyburide, or glimepiride.

Exposures in the current study included persistent use of metformin or sulfonylurea after reaching the threshold for reduced kidney function, which was defined as either an eGFR of less than 60 mL/min/1.73 m2 or serum creatinine level of 1.5 mg/dL for men or 1.4 mg/dL for women.

The primary outcome measure of the study was a composite outcome of MACE including hospitalization for acute myocardial infarction, ischemic of hemorrhagic stroke, transient ischemic attack, or cardiovascular (CV) death. The secondary outcome measure for the study was MACE with transient ischemic attacks not included. Investigators noted that analyses used propensity score weighting to compare cause-specific hazard of MACE between treatment types and estimate cumulative risk accounting for risk of changing therapy or non CV death.

In a related editorial published in JAMA, Deborah Wexler, MD, MSc, of the Diabetes Center at Massachusetts General Hospital, wrote that results of the study align with previous research but added that using this information in practice is a delicate balance.

“The adverse effect profile of sulfonylureas and their very low cost must be balanced against characteristics of other glucose-lowering medications as clinicians consider the best approach for an individual patient,” Wexler wrote.

This study, “Association of Treatment With Metformin vs Sulfonylurea With Major Adverse Cardiovascular Events Among Patients With Diabetes and Reduced Kidney Function,” was published in JAMA.