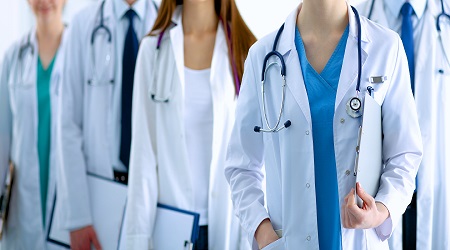 In a show of solidarity, a conglomerate of leading healthcare organizations sent a letter to Congress earlier this week urging passage of a bill that would protect Medicare Advantages beneficiaries from prior authorization requirements.

The letter is in support of the Improving Seniors’ Timely Access to Care Act of 2019 and was signed 370 organizations including the American Medical Association (AMA).

"While intended to control costs, the unregulated use of prior authorization has devolved into a time-consuming and obstructive process that often stalls or outright revokes patient access to medically necessary therapies," said Paula Marchetta, MD, MBA, president of the American College of Rheumatology (ACR).

The organizations sent the letter in support of the bill, which was introduced by Reps. Suzan DelBene (D-WA), Mike Kelly (R-PA), Roger Marshall, MD (R-KS), and Ami Bera, MD (D-CA), to members of Congress on September 9. Citing unnecessary delays that lead to injuries and sometimes the death of patients, the organizations urged members to vote in favor of the legislation.

"Many healthcare plans now use prior authorization indiscriminately, ensnaring the treatment delivery process in webs of red tape and creating gratuitous hurdles for patients and providers,” Marchetta said. “Patients, physician groups, hospital associations and other key stakeholders all agree that reform is needed."

A link to the full letter with a list of signees can be found here.