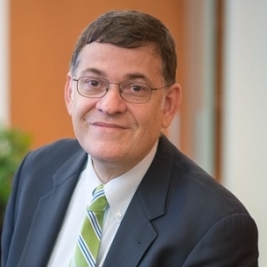 A subgroup analysis from the phase 3, double-blind, parallel-group KRONOS trial showed the benefit of budesonide/glycopyrrolate/formoterol fumarate metered-dose inhaler (BGF MDI) in reducing moderate or severe exacerbations in patients with chronic obstructive pulmonary disease (COPD) who have no history of exacerbations in the past year.

The therapy was also shown to better budesonide/formoterol fumarate (BFF) MDI in lung function benefits among the same patients.

The intent of this post-hoc subgroup analysis was to assess the exacerbation benefit of BGF in the overall COPD patient population.

After 24 weeks, patients were either followed up after 14 days or placed in a regional safety extension assessment.

Treatment arm patient demographics were largely similar across age, gender, race, ICS use at screening, eosinophil count, predicted post-bronchodilator forced expiratory volume at 1 second (FEV1), and rate of current smokers. The rate of patients with no prior exacerbations ranged from 73% (BGF MDI) to 76% (BFF MDI) in the treatment arms.

Though BGF MDI was also favored in exacerbation rates in overall patient populations versus BFF MDI and budesonide/formoterol DPI, the findings were not statistically significant.

Treatment-emergent adverse events (TEAEs) among patients with no prior exacerbations were consistent across all 4 treatment arms, with serious TEAEs being reported in just 8.3% patients on BGF MDI, early discontinuation due to therapy in 5.5% of patients, and all-cause deaths reported in 6 patients.

The results, which were consistent with the findings in the overall KRONOS trial, show greater evidence of BGF MDI’s benefit for exacerbation, regardless of COPD patient history. Martinez joked the findings only draw more confusion, as they build on a study which was not originally designed to demonstrate exacerbation reduction in the triple therapy compared to bronchodilator.

There clearly is a suggestion that a triple (therapy) has a beneficial effect,” Martinez said. “I still remain somewhat unsure of exactly where the triple would fit.”

A series of ongoing analyses will assess the variation of eosinophil counts among treated patients, Martinez said. He concluded by joking he hoped to have left the audience as confused as he was by their team’s findings.