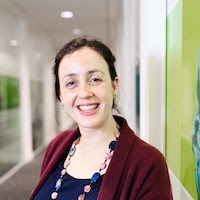 New data points to ketamine hydrochloride as a beneficial treatment option for patients with depression and other psychiatric disorders.

A team of researchers from the US and UK, led by Katherine Beck, MRCPsych, Department of Psychosis Studies, Institute of Psychiatry, Psychology and Neuroscience, King’s College London, examined whether psychopathological outcomes are linked to ketamine hydrochloride in both healthy individuals and schizophrenic patients.

Ketamine hydrochloride is commonly used to treat depression and other psychiatric disorders. However, this treatment can induce schizophrenia-like or other psychotomimetic symptoms.

In the meta-analysis, the investigators examined 725 unique healthy participants from 36 placebo-controlled studies reporting symptoms with the Brief Psychiatric Rating Scale (BPRS) or the Positive and Negative Syndrome Scale (PANSS) in response to an acute ketamine challenge in healthy participants or patients with schizophrenia.

The investigators included studies with health participants that report symptoms occurring in response to acute administration of subanesthetic doses of ketamine intravenously.

To be included in the meta-analysis, the studies must also contain a placebo condition with a within-subject, crossover design, measure the total positive or negative symptoms using BPRS or PANSS and provide data allowing the estimation of mean difference and deviation between the ketamine and placebo condition.

The team found the acute administration of ketamine was linked to a meaningful increase in both positive and negative symptoms of psychosis with both the healthy control group and patients with schizophrenia when compared to placebo. This association was greater for the positive symptoms rather than the negative symptoms (estimate, 0.36; 95% CI, 0.12-0.61; P = .004).

However, age and sex did not moderate outcomes.

“This study found that acute ketamine administration was associated with schizophrenia-like or psychotomimetic symptoms with large effect sizes, but there was a greater increase in positive than negative symptoms and when a bolus was used,” the authors wrote. “These findings suggest that bolus doses should be avoided in the therapeutic use of ketamine to minimize the risk of inducing transient positive (psychotic) symptoms.”

The study, “Association of Ketamine With Psychiatric Symptoms and Implications for Its Therapeutic Use and for Understanding Schizophrenia,” was published online in JAMA Network Open.