JUUL Use Significantly Jumped Among Young US Adults Since 2018 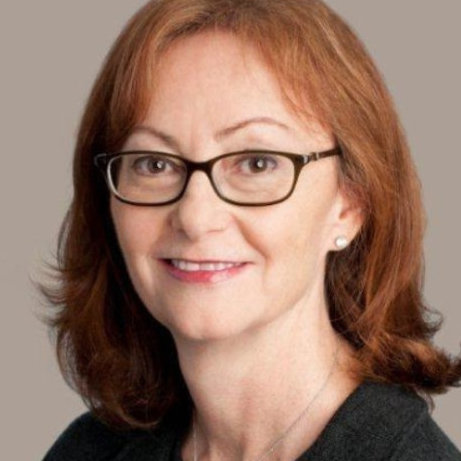 JUUL e-cigarette device use has grown significantly among young adults since early 2018, according to a new study.

Among the factors associated with use among first-time participants is a lower perception of the potential harm linked to such tobacco devices, in these new findings which emphasize the need for improved regulation of e-cigarette products among younger users.

In a new study funded by the nonprofit organization Truth Initiative, a team of US-based investigators sought to provide recent, relevant data pertinent to intervention efforts addressing the rise of e-cigarette use among adolescents and young adults.

Their research mainly focused on JUUL, the nicotine-delivery device from JUUL Labs which came to prominence about 5 years ago. Investigators—led by Donna M. Vallone, PhD, MPH, of the Schroeder Institute and Johns Hopkins University—noted JUUL currently accounts for nearly two-thirds (64.4%) of all e-cigarette dollar sales while influencing product delivery traits including the rate of nicotine concentration.

“Because of JUUL’s market dominance and popularity among teenagers and young adults, monitoring its use is critical to informing intervention efforts,” Vallone and colleagues wrote.

Investigators sough to estimate the prevalence, trends, and factors associated with e-cigarette use among adolescents and young adults in the US over an expanded period of time.

Participants were prompted to report on their use of e-cigarettes, JUUL, and combustible tobacco products. They were also gauged on their tobacco harm perception, household smoking status, interest in seeking sensations, their friends’ e-cigarette use, and additional demographic information.

Ever use of e-cigarettes was defined by any attempt to try a product, while current use was defined as use of an e-cigarette or vape at least once in the last 30 days.

When asked to share their perception of e-cigarette harm, 70.8% and 71.2% of wave 7 and 8 participants said the electronic product was either “less harmful” or “about the same” as a combustible cigarette. More than three-fourths (77.3%; 78.8%) of participants in each wave did not live with people who smoke tobacco.

Factors including a younger age, combustible tobacco use, sensation-seeking, and friends’ e-cigarette use were associated with future JUUL use among participants naïve to e-cigarettes.

These findings correlate with the “dominant role” played by JUUL in overall e-cigarette product sales data from the same time period, investigators wrote.

“This study contributes to a growing body of evidence that use of an e-cigarette, particularly JUUL, is becoming an accepted part of youth culture,” they wrote. “Moreover, these data showed that JUUL use prompted frequent use, suggesting its high abuse potential.”

Vallone and colleagues cited the outbreak of lung injury cases among e-cigarette users which began to rise in July 2019 before peaking in September. At the time of a US Centers for Disease Control and Prevention (CDC) report that October, the e-cigarette product-associated disease had been observed in all states but Alaska, in almost 1500 patients. At the time, 33 deaths had been reported.

At the time of the Truth Initiatives’ study, those rates had reached 2000-plus patients and 39 deaths.

Earlier this month, the US Food and Drug Administration (FDA) announced a ban on multiple vaping product features, including flavored cartridges. Additionally, products considered to be without adequate measure to prevent access from minors, and any product targeted to minors, would be banned starting 30 days from the announcement.

The decision came a month following an amendment to the Federal Food, Drug, and Cosmetic Act which raised the federal age of tobacco product sales from 18 to 21 years.

Despite study limitations including an uncertainty as to how many JUUL pods were being used by respondents, the tobacco equivalent to a JUUL pod, and differing e-cigarette prevalence use estimates from similar surveys, investigators concluded their results evidence the growing understanding that JUUL use has startlingly increased among young people in the US from 2018-2019.

“Findings of this study underscore the critical need for increased e-cigarette product regulation at the federal, state, and local levels to help reduce access to, appeal of, and exposure to promotional efforts in order to protect society’s youngest and most vulnerable,” they wrote.

Update (1 PM, January 21): A representative from JUUL Labs sent a response statement to HCPLive® regarding the study findings.

"JUUL Labs understands the urgent need to continue resetting the vapor category and earn trust by working cooperatively with regulators, Attorneys General, public health officials, and other stakeholders to combat underage use and help adult smokers transition away from combustible cigarettes," the statement read. "Our customer base is the world’s 1 billion adult smokers and we do not intend to attract underage users."

The study, “Electronic Cigarette and JUUL Use Among Adolescents and Young Adults,” was published online in JAMA Pediatrics.