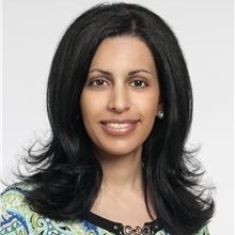 Hepatic encephalopathy is a rare, critical condition that could cost a patient brain function if not handled expediently and with the right measure.

In an interview with HCPLive® on the intricacies of the rare liver-based condition, Jamak Modaresi Esfeh, MD, hepatologist and medical director of the Living Donor Liver Transplant program at the Cleveland Clinic, explained the role of primary care physicians in monitoring symptoms and screening for hepatic encephalopathy in potential patients.

HCPLive: How can hepatic encephalopathy present in patients?

Esfeh: Encephalopathy can be overt or covert. In overt hepatic encephalopathy, patient is presents with symptoms that can be identified by routine physical exam (in many cases even the care giver can detect the difference). These patients develop changes in the behavior, distraction, reversal of sleep cycle and disorientation to time, persons, locations, and a change in mental status. This can be seen in 30% to 40% of cirrhotic patients.

The covert hepatic encephalopathy causes minimal changes which can be difficult to detect and identify.

HCPLive: How may it affect patients?

Some patients have minimal functional cognitive deficit, and they might appear to be asymptomatic. It is only with the help of specific psychological or electrophysiologic testing, that one can come up with the correct diagnosis. On the other side, we have patients with overt hepatic encephalopathy, with usual signs and symptoms detected clinically without any specific testing. The severity of hepatic encephalopathy is graded based on the clinical manifestations from minimal to grades I, II,III and IV.

HCPLive: What are some of the commonly misconceived encephalopathy biomarkers?

Esfeh: Ammonia is one of the well-studied toxins that precipitates encephalopathy. However, the common mistake is building up the diagnosis based on an elevated ammonia level only or monitoring the level after diagnosis is made.

An elevated ammonia concentration is not necessarily required to make the diagnosis. Also, it is not specific for hepatic encephalopathy only. Elevated ammonia level can be seen in a number of condition including but not limited to: shock, smoking, some medications, etc., unless, in some unusual cases, it is not needed to monitor the level.

As a side note, ammonia level is influenced by many factors including fist clenching, use of a tourniquet, and whether the sample was placed on ice.

HCPLive: What is the most common method for diagnosing hepatic encephalopathy?

Esfeh: Even in this era, we go by a combination of clinical manifestations and physical examination, trying to pertain the cognitive and neurological impairment of the patient. Of course, one needs to exclude other mental conditions, like seizure, trauma, medication side effects among others.

We don't necessarily needed to get a CT scan in every single patient with hepatic encephalopathy.

Click here to sign up for more HCPLive® content and updates.
Related Coverage >>>
High-Potency Cannabis Linked to Poor Mental Health
COVID-19 Lockdown Having an Impact on Adolescent Mental Health
Past Outbreaks Shed Light on COVID-19 Psychiatric Risks
You May Also be Interested in
Most Popular
Jelena Kunovac, MD: Decreased Schizophrenia Screenings During COVID-19
High-Potency Cannabis Linked to Poor Mental Health
When to Suspect Diarrhea is Symptom of a Clostridium Difficile
Top 10 Painkillers in the US
Consuming More Whole Grains Could Lower Diabetes Risk