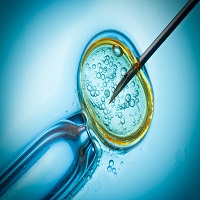 A new meta-analysis containing information of nearly 2 million women over more than a decade has found that use of assisted reproductive technologies, including in vitro fertilization(IVF), before giving birth are at a greater risk of developing gestational diabetes.

Results of the analysis, which was presented at the European Association for the Study of Diabetes (EASD) Annual Meeting, revealed that women who became pregnant via assisted reproductive techniques increased their risk of developing gestational diabetes by 53% compared to women with spontaneous conception.

"This rigorous assessment of the best available evidence to date shows that singleton pregnancies achieved by IVF are linked with an increased risk of developing gestational diabetes compared with pregnancies conceived naturally", said lead investigator Panagiotis Anagnostis, MD, MSc, PhD, of the Aristotle University of Thessaloniki in Greece.

While previous research have revealed associations between pregnancies achieved by assisted reproduction techniques and pre-eclampsia, placental anomalies, and increased risk of perinatal complications, investigators from Aristotle University of Thessaloniki noted an apparent lack of information pertaining to the association of these techniques and gestational diabetes. In order to assess whether assisted reproductive technologies were associated with an increased risk of gestational diabetes, investigators conducted a comprehensive review of published studies in PubMed, CENTRAL, and Scopus.

Cross-sectional studies comparing the risk of gestational diabetes in singleton pregnancies achieved by IVF and intracytoplasmic sperm injection(ICSI) and those achieved through spontaneous conception up to July 2019 were included in the analyses. Investigators noted that studies were excluded if pregnancies were achieved by ovulation induction or intrauterine insemination.

A total of 38 studies — 17 of which were matched control studies — including 1,934,494 women. In that cohort, investigators found 4766 cases of gestational diabetes in 63,760 women who gave birth after using assisted reproductive technologies compared to 158,526 cases in 1,870,734 women who conceived naturally.

Additional analysis of 17 studies where 21,606 women were matched for age, height, weight, smoking status, and ethnic origin revealed a 42% increase for women who underwent assistive reproductive IVF or ICSI.

In his conclusion, Anagnostis noted that while results of the meta-analysis indicate an association between an increased risk gestational diabetes following birth achieved with assistive reproductive technologies, it is impossible to draw firm conclusion due to the observational nature of the study. Anagnostis also called for further research into the topic to properly assess the potential association.

"The exact mechanism is unclear, and whether this risk is due to the medical intervention or the underlying infertility status of the couples undergoing assisted reproduction, is not yet fully understood and requires further research,” Anagnostis said.

This study, “Ηigher risk of gestational diabetes in singleton pregnancies achieved by assisted reproduction techniques compared with spontaneous conceptions: a meta-analysis,” was presented at EASD 2019.

Click here to sign up for more HCPLive® content and updates.
Related Coverage >>>
Banafsheh Kashani, MD: Uterine Fibroids and the Importance of FDA Approvals
Baloxavir Effective in Preventing Spread of Flu
Epimacular Brachytherapy Ineffective Against Neovascular ARMD
You May Also be Interested in
Most Popular
Denise Daley, PhD: Early Asthma Interventions for Infants
Insufficient Data to Accurately Monitor Most At-Risk Communities for Flu
When to Suspect Diarrhea is Symptom of a Clostridium Difficile
Top 10 Painkillers in the US
Visual Impairment, Dementia Are Detrimental to Independence of Older Adults