Is The US on Track To Ending The AIDS Epidemic by 2025? 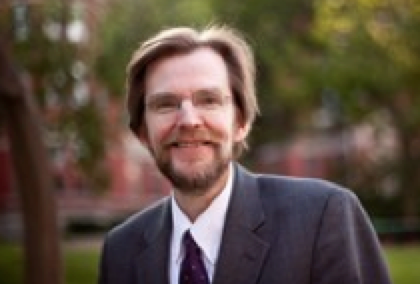 By 2025, the US could be on its way to ending its HIV/AIDS epidemic, according to data analyzed by two public health experts.

To reduce the number of new HIV infections and the rate of mortality from AIDS by 2025, the US needs to muster the political will to achieve this goal.

“While these targets are ambitious, they could be achieved with an intensified and sustained national commitment over the next decade,” co-author David R Holtgrave PhD, chair of the Department of Health, Behavior and Society at the Johns Hopkins University Bloomberg School of Public Health, explained in a press release. “It’s critical to note that the key to ending the HIV epidemic domestically lies in our collective willingness as a country to invest the necessary resources in HIV diagnostic, prevention, and treatment programs.”

The National HIV/AIDS Strategy, initiated in 2010, was updated in 2015 to set goals for 2020. Those benchmarks call for 90% of the people living with HIV to know their HIV status, 90% of people diagnosed with HIV to receive on-going, quality HIV care, and 90% of those on antiretroviral therapy (ART) to reach viral suppression. Holtgrave and his co-author Robert A. Bonacci MD, MPH called for extending that approach to 2025 when the same benchmarks would be reached by 95% of the affected population.

Reaching such a significant decrease in new infections by 2025 “would mark an important inflection point in the HIV epidemic in this country,” co-author Bonacci, a resident at Brigham Women’s Hospital’s department of medicine added in the press release. “It would be the first year that the number of new infections drops below the simultaneously decreasing number of deaths among people living with HIV. This is critical, because if new infections decline faster than the number of deaths, the total number of people living with HIV in the US would begin to decrease, meaning the US would be on course to end the epidemic.”

Holtgrave and Bonacci’s study based these projections on using 2010 to 2013 surveillance data from the Centers for Disease Control and Prevention to model the changes in incidence, prevalence and deaths related to HIV.

To support the argument that the 2025 projections are possible, the study reported that Sweden already has reached the 90/90/90 goals and that New York City is nearing the viral suppression goal and already has achieved the first 2 goals among its white population and is closing in on them for people of color.

However, there are barriers to success. The team adamantly suggested needs for HIV prevention and housing, increases in resources for black and Hispanic men who have sex with men, and a greater equality in health care for vulnerable populations and the Southern US, where a greater proportion of the population has HIV.

The challenge won’t be met, the study added, if HIV implementation research isn’t expanded to maximize public health. It suggested that this might be difficult “in an era of limited funding and competing priorities.”

US HIV Incidence and Transmission Goals, 2020 and 2025 appeared online on May 15 in the American Journal of Preventive Medicine

Charles King: Transformation is Necessary to End the Epidemic

Southern Living: Why the South is the Epicenter of AIDS in US