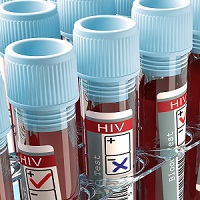 The International Partnership for Microbicides (IPM) received up to $25 million throughout 5 years from the United States Agency for International Development to accelerate the potential rollout of its monthly dapivirine vaginal ring designed to reduce the risk of human immunodeficiency virus-1 (HIV) in HIV-negative women.

The vaginal ring, made of a flexible silicone material, contains dapivirine, a non-nucleoside reverse transcriptase inhibitor that blocks HIV’s ability to replicate inside of a healthy cell.

“This would be the first new product for women for the prevention of HIV,” Sharon Hillier PhD, principle investigator of the Microbicide Trials Network (MTN), director of reproductive infectious disease research in the Department of Obstetrics, Gynecology and Reproductive Sciences at the University of Pittsburgh School of Medicine, said.

The award supports ongoing research of the ring including further study of former participants in ASPIRE and The Ring Study. It follows previous USAID awards, bringing IPM’s backing from the organization to $91 million.

IPM will also be able to accelerate the development of a 3-month dapivirine ring offering women greater convenience, as well as reducing the product’s annual cost.

The ring releases an antiretroviral drug (ARV) called dapivirine over the course of 1 month, offering a discreet and long-acting HIV prevention method for women — who insert and replace it themselves.

In July, IPM submitted the product for review to the European Medicines Agency.

The application is based on results of The Ring Study and ASPIRE — 2 independent, placebo-controlled phase 3 clinical trials assessing the ring’s long-term safety and efficacy in more than 4,500 women in Malawi, South Africa, Uganda and Zimbabwe. Data was also included from 35 supporting clinical studies. The ring showed to be both safe and help protect against HIV among women ages 18–45.

The study found the ring reduced women’s risk of acquiring HIV by about 30% overall — 27% in ASPIRE and 31% in The Ring Study. Higher levels of protection were seen in women 21 and older who used the ring more regularly.

A more recent study, MTN-023/IPM 030, was designed to provide necessary information about safety and tolerability that regulatory authorities need to approve the ring and include girls under age 18.

“If the ring is approved for women older than age 18, it’s imperative that we have the data in hand to show that the ring is safe to use in younger women as well,” Hillier said.

The study was conducted from July 2014 to July 2016, as ASPIRE and The Ring Study were underway.

Seventy-three participants were assigned to the dapivirine ring and 23 to a placebo ring, that looked and felt the same but contained no active drug, for 1 month at a time for a period of 6 months.

There were no differences in safety outcomes between the two rings. Adherence to the ring was high, as a majority of patients, 93%, said they liked the ring.

A second trial later this year called REACH will be launched by MTN to collect safety data among adolescent girls and young women in Africa, who are among the most vulnerable population at risk of acquiring HIV.

Investigators will collect information on the safety of both the monthly ring and the oral Truvada tablet as daily pre-exposure prophylaxis (PrEP), and explore biological or physiological factors that can affect product efficacy or HIV susceptibility in adolescent girls or young women.

REACH, or MTN-034/IPM 045, will evaluate how adolescent girls and young women use the ring and PrEP, as well as preferences for the approaches in an open-label study.

All participants will use each product for 6 months with random assignment to determine whether PrEP is used for the first 6 months and then the ring for the following 6 months, or vice versa. After experiencing both approaches, participants will have a choice to use either the ring, PrEP or neither, for an additional 6 months.

Approximately 300 females aged 16–21 will be enrolled at 5 MTN-affiliated sites in Kenya, South Africa, Uganda and Zimbabwe. The study, expected to start late 2017 pending ethics committee and in-country approvals, is anticipated to take 3 years to complete.

IPM plans to submit applications to the South African Health Products Regulatory Authority in late 2017, the US Food and Drug Administration in 2018, and regulatory authorities in African countries.

If approved, the dapivirine ring would be the first biomedical prevention product exclusively for women.