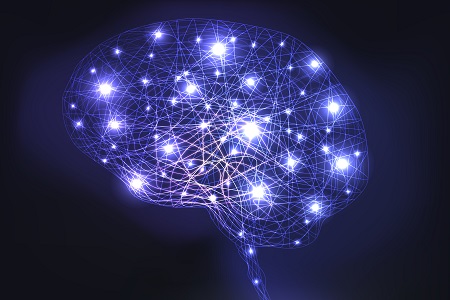 Investigators examining interaction between neuroendocrine activity and psychological stress-induced exacerbation of allergic asthma have described a cascade of pathological events which they suggest underlies a "neuropsychiatry phenotype" in asthma.

Tomomitsu Miyasaka, PhD, Assistant Professor, Tohoku Medical and Pharmaceutical University, Sendai, Japan and colleagues reviewed multiple alterations in the neuroendocrine-immune system provoked by psychological stress and manifesting in asthma exacerbation, with emphasis on data from their own work on increased eosinophilic airway inflammation.

"The mechanism that modulates psychological stress-induced exacerbation of allergic asthma through neuroendocrine activities is thought to involve a series of consecutive pathological events from the brain to the lung, which implies there to be a 'neuropsychiatry phenotype' in asthma," Miyasaka and colleagues noted.

In particular, they point to stress-induced enhancement of the Th2 cytokine-mediated allergic airway inflammation, accompanied by elevated levels of cytokines such as IL-4, IL-5 and IL-13.  Miyasaka and colleagues have demonstrated the interplay of that system with endogenous opioids released in response to stress and exerting action though high affinity with mu-opioid receptors (MORs).

"The interplay between stress and aggravation of the Th2-type immune response via MOR-dependent receptiveness to the signal in asthma is suggestive of the existence of a 'neuropsychiatry phenotype' in the field of the pathophysiology of allergy," researchers argued.

The quantity of glucocorticoids from the adrenal gland and timing in response to psychological stress affects cytokine production in antigen presenting cells and T cells, they explain, which enhances Th2-type immune responses to stress-induced asthma exacerbation.

Miyasaka and colleagues acknowledge the apparent discrepancy between a provocative effect of endogenous corticosteroid release and the remediating effect of exogenous-administered corticosteroid. They note that it remains unclear as to whether higher doses of inhaled corticosteroids, with or without beta2-agonists, are required to relieve bronchoconstriction in highly stressed patients with asthma.

"There may need for a novel strategy for stress-induced asthma exacerbation mediated by endogenous glucocorticoids," researchers wrote.

Isao Ohno, MD, PhD, Vice Dean, Faculty of Medicine, Tohoku Medical and Pharmaceutical University, and principle co-author of the review with Miyasaka, has elaborated on the proposal of a "neuropsychiatry phenotype", in his single-author, invited article published earlier in the same journal, Allergology International.

Ohno noted that asthma is a heterogeneous disorder, and that several groups of researchers have proposed asthma phenotypes based on pathological and clinical features, in order to identify more effective and specific therapies. He pointed to recent findings of differences in sensitivity to psychological stress, based on the translational control of gene expression, that may affect asthma exacerbation.

"Therefore, studies on signal transduction pathways thorugh the modulatoin of epigenetic and transcriptional activity in asthma-relevant cells may be needed to assess the psychological stress-related phenotypes of asthma and immune responses," Ohno wrote.

The study, "The interplay between neuroendocrine activity and psychological stress-induced exacerbation of allergic asthma," was published online in the January issue of Allergology International.