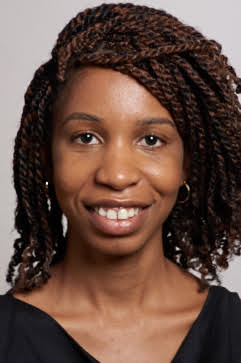 The study, which was presented at Digestive Disease Week 2019 in San Diego, CA, found that women with intrahepatic cholestasis of pregnancy (ICP) are 5.7 times more likely to have a diagnosis of nonalcoholic fatty liver disease (NALFD).

“It would suggest that NAFLD patients who already have high levels of bile acids at baseline may be at higher risk for developing ICP during pregnancy, a condition characterized by a significant increase in bile acid levels," Monrose explained.

Monrose and colleagues conducted the retrospective case-control study at a single treatment center in the New York City health system between January and December 2017, identifying medical records for 149 patients with pregnancy complicated by ICP.

"Given the previously cited association between ICP and chronic liver disease, and the rise in diagnosis of NAFLD, we used a New York City based patient cohort with numerous NAFLD metabolic risk factors to assess whether a similar association exists between NAFLD and ICP, and whether providers should anticipate seeing a parallel increase in ICP prevalence," Monrose told MD Magazine®.

The investigators noted that the Hispanic women in their cohort were more likely to be diagnosed with ICP (2.53%) than non-Hispanic, and at a substantially higher rate than the national prevalence of 0.32%.

Monrose and colleagues reported that, compared to controls, the ICP group had higher median alanine aminotransferase (ALT), alkaline phosphatase, and total bilirubin levels.  Authors also noted that ICP patients were more likely than controls to have a history of biliary disease (odds ratio [OR] 3.29, 95% confidence interval [CI] 1.39-7.80), evidence of steatosis on liver imaging (OR 4.69, CI 1.68-13.12), and a diagnosis of NAFLD (OR 5.7, CI 2.08-15.65).

Monrose commented on the importance of that guidance.  "We feel strongly that based on our data, as well as the European data, that there is a role for follow-up of women with ICP postpartum and evaluation for other co-existent chronic liver disease, as well as follow-up postpartum until normalization of liver tests."

"ICP may be a 'symptom' of already existing liver disease that may not yet be diagnosed among at least a subset of these patients," she cautioned.

The study, Intrahepatic Cholestasis of Pregnancy (ICP) is Associated with Higher Prevalence of NAFLD: A Case-Control Study, was presented at DDW 2019 in San Diego, CA.

Click here to sign up for more MD Magazine content and updates.
Related Coverage >>>
Overcoming Physician Burnout During the Winter
Flu Cases Reach 13 Million in the US, CDC Reports
Tweet Chat on Doctors Getting Online Scheduled for January 27
You May Also be Interested in
Most Popular
Minorities Disproportionately Cared for in ICU
Future Novel Treatment Strategies in CAD/PAD
Burden of Sickle Cell Disease
Caring for People With Sight Loss
Mental Rest Helps Speed Concussion Recovery