Intervention Program Linked to Reduced Steroid Use for IBD Patients 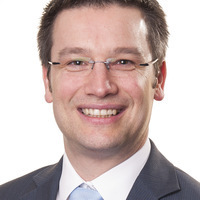 A major problem for patients suffering from inflammatory bowel disease (IBD) can be excessive corticosteroid use.

The team recorded steroid exposure and analyzed associated factors for outpatients that attended 19 centers in the UK. Of the 2385 patients, 28% received steroids in the preceding 12 months, 14.8% had steroid excess or dependency. Overall, 1006 patents were recruited from 7 intervention sites and 1379 patients came from 12 non-intervention group sites.

Also included in the review were at service models including joint medical/surgical and dedicated IBD clinics, as well as IBD MDT meetings and the availability of IBD clinic ‘flare’ slots.

They also found that steroid excess was deemed avoidable in 50.7% of the patients studied.

“This study validates steroid assessment as a meaningful quality measure and provides a benchmark for this performance indicator in a large cohort,” the authors wrote. “A programme of quality improvement was associated with lower steroid use.”

While corticosteroids are an effective induction agents, they do not have a role as a maintenance agent for IBD patients. Prolonged exposure to these steroids can lead to several significant morbidities.

In both the US and Europe, patient advocacy groups have recommended steroid free remission as a crucial therapeutic target.

Recent studies have suggest that 30-50% of patients continue exposure to corticosteroids each year, while 10-20% exposed to significant excess corticosteroids, about half of which are cases of excess.

Since 2015, the UK has taken steps to reducing the dependency on steroids, including changing the prescribing landscape in IBD.

In particular, the National Institute for Health and Care Excellence (NICE) for the first time gave approval for the use of biologic therapies in ulcerative colitis, including both anti‐TNF therapy and the anti‐integrin agent Vedolizumab, which was also approved for patients with Crohn’s disease refractory to anti-TNF therapy.

The study, “Assessment of steroid use as a key performance indicator in inflammatory bowel disease—analysis of data from 2385 UK patients,” was published online in Alimentary Pharmacology and Therapeutics.