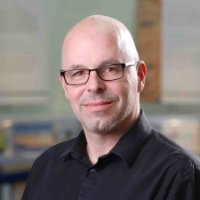 Both Infliximab (IFX) and golimumab (GLM) is effective at safely reducing ankylosing spondylitis (AS) symptoms, according to a new long-term analysis.

The study, led by Francois Nantel, PhD, MSc, considered data from the Biologic Treatment Registry Across Canada (BioTRAC) between both 2005-2015 and 2010-2017. Long-term registries such as this are viewed as essential for the evaluation of new therapies, in which the patient population often differs from clinical trial and usually varies over time.

“One of the most interesting findings in the study is how your prototypical AS patient has changed over the years,” Nantel told MD Magazine®. “When biologics were first introduced, the biggest challenge for this disease was getting these patients to a rheumatologist to get diagnosed.”

Since the major symptom of AS is lower back pain, which can be casually dismissed by many patients, many of them did not seek proper treatment or diagnosis in an appropriate time frame. In 2005, the average AS patient took 8 years to receive the appropriate diagnosis; now, it usually takes closer to 1.

“The problem is having the patient to be seen and diagnosed by a rheumatologist, and very often, there was quite a considerable duration that could go up to a decade in diagnosing those patients,” Nantel said.

For GLM-treated patients, on the other hand, disease duration never wavered: median disease duration remained 1.6 years, mean baseline BASFI remained 5.3, and the proportion of patients in ASDAS very high disease activity stayed at 48% from 2010-2017. This wasn’t, however, due to a comparable lack of efficacy.

In an interview with MD Mag, Nantel noted that GLM began usage in 2009, with the BioTRAC registry being invented only a year later. As a result, IFX-related data goes further back and demonstrates improvement over time for which there isn’t any GLM data. Based on the data that investigators do have, IFX and GLM are equally effective.

“The 2 drugs are actually quite comparable in both efficacy and safety,” Nantel said. “Both work equally well.”

Either IFX or GLM significantly improved all disease parameters over time (P< .001) with similar efficacy—the former over 120 months, the latter over 84 months.

Per 100 patient years (PYs), 67.9% of IFX-treated patients and 70.5% of GLM-treated patients reported 136 and 131 adverse events (AEs), respectively. The most frequent AEs (>7% of patients in either group) were upper respiratory tract infection, arthralgia, and back pain.

Both IFX-treated patients and GLM-treated patients experienced a high incidence of discontinuing treatment—65.8% over a mean 3.2 years of exposure in the IFX cohort and 56.8% over 1.6 years in the GLM cohort. This is consistent with previous studies, such as a 2016 systematic review that found IFX to be often associated with AEs which led patients to discontinue treatment.

Overall, both IFX and GLM treatment were well-tolerated by AS patients, significantly reducing disease activity and improving functionality. Changes in baseline characteristics over time also displayed improvement in ease of earlier diagnosis and access to biologic therapies.

“The first thing that’s important is when the new drugs come to market—there’s always quite a small amount of safety data,” Nantel said. “Physicians want long-term efficacy and safety data to reinforce their confidence.”

Nantel cited the new study’s “real-world, all-encompassing population” as beneficial in providing such confidence. In the wake of this study, any new therapy will have to have an improvement in either efficacy or safety, or both.

The study, “Effectiveness and Safety of Infliximab and Golimumab in Ankylosing Spondylitis from a Prospective Observational Registry,” was presented at 2019’s European Annual Congress of Rheumatology (EULAR) in Madrid, Spain.

Click here to sign up for more HCPLive® content and updates.
Related Coverage >>>
ACR Releases First Guidelines for Reproductive Health in Rheumatic Diseases
Methotrexate Increases Risk of Adverse Events Compared with Placebo
Belimumab Decreases Flare Rates for Lupus Nephritis
You May Also be Interested in
Most Popular
The Fear of the Coronavirus, and the Reality of the Flu
Jamak Modaresi Esfeh, MD: Finding Hepatic Encephalopathy
Young Mothers Face More Mental Health Hurdles
Top 10 Painkillers in the US
Treat Parkinson's Disease with a Cancer Drug