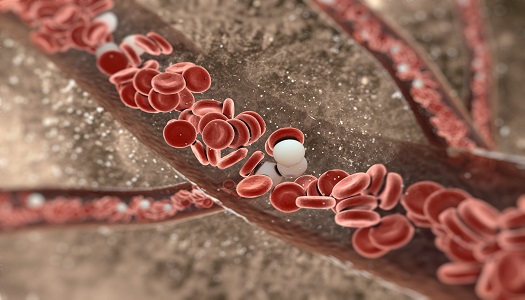 A new study has found a common clinical indicator of inflammation and immune status could be utilized to predict mortality in patients.

Data from a Cleveland Clinic- and University Hospitals-led study found low lymphocyte levels in patients were associated with greater rates of mortality—including rates of cardiovascular disease, cancer, and respiratory infections.

“The complete blood count test is convenient, inexpensive and, as our findings suggest, may be used to help physicians screen for and prevent disease and disease-related mortality,” said lead investigator Jarrod Dalton, PhD, epidemiologist in Cleveland Clinic's Lerner Research Institute, in a press release.

In an effort to assess whether lymphopenia is associated with reduced survival rates in outpatients, investigators conducted a retrospective cohort study using data from the National Health and Nutrition Examination Survey (NHANES). Using patients enrolled from 1999 through 2010, investigators identified a cohort of 31,178 patients, of which the median age was 45 years, 51.6% were women, and the overall 12-year rate of survival was 82.8%.

For the purpose of the study analyses, relative lymphopenia and severe lymphopenia were defined as levels equal to or less than 1500/μL and equal or less than 1000/μL, respectively. Investigators noted comparative analyses performed int the study were adjusted for multiple variables included age at baseline, sex, race/ethnicity, total and high-density lipoprotein cholesterol levels, type 2 diabetes, blood pressure readings, and smoking history.

Upon analyses, investigators observed relative lymphopenia was observed in 20.1% of the study population while 3% were classified as having severe lymphopenia. Compared to the general population, these groups were at a 1.3 (95% CI: 1.2-1.4) and 1.8 (95% CI: 1.6-2.1) times greater risk of death from cardiovascular and non-cardiovascular causes, respectively, in age-and sex-adjusted analyses.

Additionally, lymphopenia was associated with worse survival in multivariable models and the risk was intensified when accompanied by elevated RDW or elevated CRP levels. Overall, the 10-year mortality rate ranged from 3.8% to 62.1% based on lymphopenia status, textile of CRP level, and tertile of RDW.

Furthermore, investigators pointed out a high-risk immunohematologic profile was almost twice as common as type 2 diabetes among study participants and was associated with a 3-fold increased risk of mortality. Investigators also noted individuals between the ages of 70 and 79 with low immunohemtaologic risk had better 10-year survival rates (74.1%) than those who were a decade younger with a high-risk immunohematologic profile (68.9%).

Study co-author Sadeer Al-Kindi, MD, cardiologist at University Hospitals, pointed out the results of the study indicate the importance of screening for immune indicators in patients.

“With additional research, we will soon begin to understand the biologic processes that link these markers to disease, a critical step in the search for therapeutic targets,” Al-Kindi said in a press release. “More immediately, we can certainly design systems that allow physicians to use pragmatic immune status indicators to ensure that the 10-20% of the general population at highest risk for mortality do not fall through the cracks of routine preventive care and early detection services.”

This study, titled “Association of Lymphopenia With Risk of Mortality Among Adults in the US General Population,” was published online in JAMA Network Open.