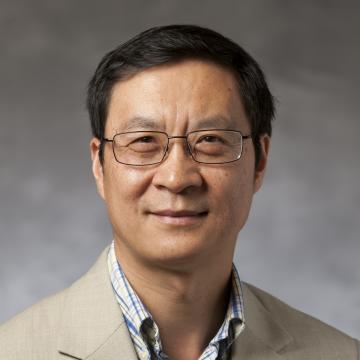 In a study conducted by an international team of investigators, children with mild or moderate asthma who were provided devices in their bedroom designed to eliminate PM2.5 reported improvements in their airway physiology that would imply bettered symptoms.

The trial—led by Zhen Li, MD, of the Department of Pediatrics at Shanghai General Hospital, and Jim Zhang, PhD, of the Nicholas School of the Environment at Duke University—promotes the proposal for further clinical assessment of indoor air filtration for improving metrics of asthma, including fractional exhaled nitric oxide (FeNO) and spirometry.

Particulate matter, among other forms of air pollution, are evidenced risk factors for asthma exacerbation, investigators wrote. Its effect on deposit buildup in small airways can affect critical physiology related to airflow obstruction and inflammation.

Despite this known association, the investigators have no knowledge of previous studies examining the benefit of reducing PM2.5 exposure for small airway physiology in younger patients with asthma.

The double-blind, crossover trial required participants use a true filtration device and a sham device in their bedrooms at random order for 2 weeks each, with a two-week washout interval included. Investigators assessed for FeNO, spirometry, and impulse oscillometry and the beginning and end of each intervention. Peak expiratory flow was gauged twice-daily.

Despite it being low-ozone season during the trial period, outdoor PM2.5 concentrations were a median 53 ug/m3.

FeNO (27.6%; 95% CI, 8.9-42.4) and peak expiratory flow (1.6%) both significantly improved in true filtration patients versus control. In consideration to the heterogenous nature of asthma, investigators observed a nonsignificant improvement to small airway function (8.4%; 95% CI, 1.4-18.3; P = .10) due to the inclusion of patients with eosinophilic airway inflammation.

When such patients were removed from assessment, the small airway improvement was considered significant (13%; P = .03). Patient forced vital capacity (FVC) and forced expiratory volume at 1 second (FEV1) did overall improve with true filtration versus sham filtration.

As small airway deterioration ranks among the earlier and most fundamental processes of asthma progression and exacerbation, investigators deemed the findings to be important and in excess of the clinical significance threshold.

“This interventional (observational) study provides compelling data to support a larger-scale clinical trial to evaluate the efficacy and effectiveness of residential air filtration in improving airway mechanics, inflammatory status, and lung function in children (and potentially adults) with asthma, especially in those without eosinophilic airway inflammation,” Li, Zhang and colleagues wrote.

Going forward, investigators suggested the novel use of airway mechanic outcomes in this trial could provide critical implications for future studies assessing the role of PM2.5 filtration.

The study, “Association Between Bedroom Particulate Matter Filtration and Changes in Airway Pathophysiology in Children With Asthma,” was published online in JAMA Pediatrics.