In Patients with Wet AMD, Cataract Surgery Shown Not to Increase Need for Anti-VEGF Injections 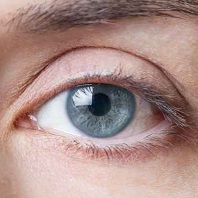 Many patients with age-related macular degeneration (AMD) also have cataract, and both diseases lead to vision loss. Cataract can, however, be surgically cured, and social blindness can be avoided in patients with neovascular (wet) AMD by treating them with intravitreal injections of anti-vascular endothelial growth factor (VEGF) agents such as aflibercept (Eylea/Regeneron) and ranibizumab (Lucentis/Roche).

To clarify vision outcomes after cataract surgery in patients with wet AMD who were treated with intravitreal anti-VEGF agents in routine clinical practice, a Danish team extracted data on these injections and on cataract surgery from the electronic records databases of two hospitals. They then compared the frequency of anti-VEGF injections before and after surgery. Only patients who received the same anti-VEGF agent before and after cataract surgery were included in the analyses of injection frequency. They also compared visual acuity (measured with electronic charts based on the Early Treatment of Diabetic Retinopathy Study protocol) before and after surgery. Details of the study were published in a recent issue of Acta Ophthalmologica.

In addition, in the first 6 months after cataract surgery, visual acuity improved by a mean of 7.1 letters (95% confidence interval [CI] 4.6–9.6). Vision improved more when the time from surgery to last injection was shorter rather than longer.