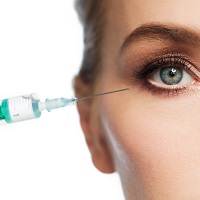 To participate in this interventional comparative case series, patients had to have received 12 months of follow-up. The Eylea group included 99 patients, and the Lucentis group included 101.

The team compared treatment groups with regard to time to retreatment by using Kaplan-Meier analysis. They measured this time from the end of the loading phase to the point during the maintenance phase when patients received an additional injection. They also compared functional and anatomic outcomes for each treatment group.

Although the team noted a trend toward greater improvement in BCVA in the Eylea group, they found no statistically significant differences between groups in BCVA or central foveal thickness 12 months after treatment.

Click here to sign up for more HCPLive® content and updates.
Related Coverage >>>
FDA Approves Two Prescription Allergy Eye Drops for OTC Use
Daniel Kiernan, MD: Developing Effective AMD Treatments
Subconcussive Blows Linked to Visual Dysfunction in Athletes
You May Also be Interested in
Most Popular
The Fear of the Coronavirus, and the Reality of the Flu
Ustekinumab Successful as a Target Therapy for Crohn's Disease
Top 10 Painkillers in the US
Implementing Price Transparency Tools at Ambulatory Care Centers
FDA Approves Voltaren Arthritis Pain as OTC Topical Gel for Osteoarthritis