In Medicine, The "Soft" Skills Are Essential 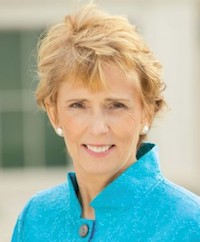 “I’m straightforward, to the point,” said Michael, the CEO at a large inner-city hospital. “The people I work with—they may not like me, but they know I’m right.”

“What else?” I said to Michael, whom I had just been retained to coach.

“I just wish they understood me. I do what’s best for the patient. They don’t always do that.”

“How’s that working for you?” I asked.

Like most physicians in positions of leadership, Michael regards himself as the expert who knows the most. Others should just listen to him and fall in line. He prides himself on being straightforward, for “saying it like it is.”

Of course, that’s part of the training most doctors receive. We consider our patients’ signs and symptoms and come up with a list of possible causes. Our brains are taking in data, and, one-by-one, we add to, or subtract from, the differential diagnosis.


The Importance of Emotional Intelligence and Empathy

I used to say that I wanted a mom as my family doctor: someone who cared for me, listened to me and comforted me when sick. But should I need a surgical procedure, I wanted the best technician: the person who knows where and when to cut, how to proceed logically and respond effectively in emergencies. I expected a foundation of intelligence and technical expertise, not necessarily someone who could tuck me into bed at night.

Then I read an article indicating empathic surgeons have improved patient outcomes.

We all know about the power of the placebo effect, when a “sugar pill” results in improved outcomes. But there’s also a “no-cebo” effect. That’s when patients’ negative expectations lead to the treatment taking a more adverse turn than anyone would have expected. In other words, you get what you expect.

A 2015 study from the University of Florida found that when we encounter rude behavior in the workplace, we have an increased likelihood of labeling future workplace interactions as rude, and we are more apt to be rude to those around us. We tend to mirror the behavior we see. So, if the person at the top is a poor communicator who cuts people off, doesn’t listen, or shames them in public, they shut down, fearful of antagonizing the boss. Patient care suffers because people are afraid to speak up and because the level of ambient rudeness goes up.

Medical schools focus on clinical reasoning—getting the diagnosis right. In today’s environment of chronic diseases, social determinants of health and team care, equally important are the “soft,” or essential, skills: deep listening, asking questions and giving answers, motivating others, delegating and creating a high-performing team. These are the traits of effective leaders. And yet, medical schools spend less time on this than on clinical science, and hospitals tend to overlook it when they evaluate and provide continuing education for their doctors.

‘Everything Has a Technical Solution’

As the late Richard W. Schwartz (University of Kentucky College of Medicine) and his colleagues explained, leadership skills are not emphasized in medical school or residency programs. So, our education, which leans toward quantitative skills, leads us to approach problems with a bias toward a technical solution.

That can be a big problem in a clinical setting. Years ago, in a hospital I occasionally visited, a young attending physician inadvertently inserted a breathing tube into an eight-year-old child’s esophagus, or entry tube into the stomach, instead of in the windpipe, or trachea.

Especially with children, intubating is difficult, so this error isn’t unheard of. Typically, someone calls attention to it, the tube is withdrawn, the patient is ventilated, and then the team makes another attempt. In this case, though, the residents and medical students were afraid to say anything because the attending physician was liable to blow up and scream at whomever spoke.

The child died. From a routine surgery.

Why, as a patient or colleague, should you care whether a doctor is civil? Because lack of civility can quite literally lead to medical errors, patient harm or death.

If you think this is a “soft skill,” ask someone who’s been on the receiving end of incivility whether this felt soft.

When I worked with Michael, I began by interviewing 10 people: people who reported to him, colleagues he worked with, and his boss. Based on those discussions, I produced a 360 report with my findings, all anonymous.

Michael’s initial reaction after reading the report was, “I know exactly who said that—he’s wrong. And this guy—please! He doesn’t like me. I know the nurse, Melody, is out to get me.”

I said, “My first 360 assessment was brutal. I was embarrassed to show my face. I thought everyone was out to get me. Over time I realized that honest feedback is a gift, and necessary for behavior changes.”

As my coaching engagement with Michael continued over 15 months, he began to understand what was missing from his skill set. To his credit, he made a real effort to improve. He dropped by his direct reports’ offices to see how they were doing—unrelated to work. He remembered their birthdays. He began listening to their ideas, not just trying to win them over to his, by sheer force of personality.

At the end of our coaching engagement, I returned to the 10 people I had interviewed at the beginning. As Michael read his report, he began smiling.

According to his colleagues, he had completely turned around, and his discovery of these so-called “soft skills” was clearly helping the rest of the team perform better.

“I think they’re being overly positive,” he told me. “I still have a long way to go.”