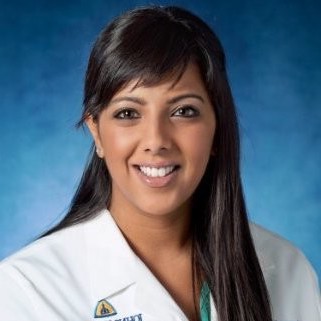 Bhakti Hansoti, MBChB, PhD
In a recent study, researchers at Johns Hopkins University School of Medicine found that after implementing the nationally recommended HIV counseling and testing (HCT) strategy in a South African emergency department, the acceptance of HIV testing increased, with 6.2% of those being tested having a new diagnosis of HIV infection.

Researchers set out to quantify the burden of undiagnosed HIV infection and evaluate the effectiveness of HIV testing in such a setting. The study was conducted during a 3-month period in 2016 at Freer Hospital in Eastern Cape.

“This is a low resource area without electronic medical records or a patient track board to monitor patient status, and thus conducting research here is inherently difficult,” Bhakti Hansoti, MBChB, PhD, assistant professor of emergency medicine, Johns Hopkins University School of Medicine, said in a statement. “Furthermore, patients come from a 60-mile radius and there are challenges to providing follow-up care. In many low resource settings, the emergency department is a safety net for patients who are often missed by the health system.”

The prospective exploratory study included 2355 emergency department patients, most of whom presented due to a trauma injury, and were approached to receive HIV testing.

It was hypothesized that the emergency department may provide an opportunity to capture those with undiagnosed HIV infection missed by screening programs.

The prevalence was twice as high in females (29.8%) versus males (15.4%), however, both sexes had a similar prevalence rate of newly diagnosed infection (6% and 6.4%, respectively).

The counselor-driven testing approach did not meet the testing needs in this particular setting, as more than 75% of emergency department patients were not approached by HCT staff.

Despite the 2015 National South African HIV testing guidelines that mandate universal testing in all health care facilities, it’s not routinely implemented. Frequent barriers to offering testing in the emergency department include limited time, inadequate resources and concerns regarding follow-up care.

“As a region, the Eastern Cape has one of the highest rates of HIV infection in the world,” senior author, Thomas Quinn, MD, professor of medicine, Johns Hopkins University School of Medicine, said in a statement, “This particular study is the first to document the full magnitude of HIV infection in the region, and the eagerness of the people to know whether they are infected with HIV. The government provides access to treatment, making diagnosis a critical component of care.”

The study, "HIV testing in a South African Emergency Department: A missed opportunity" was published in PLOS One.