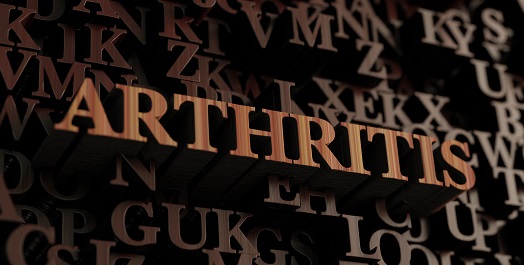 Delayed months from first projection, a decision from the United States Food and Drug Administration is expected this week in the case of baricitinib. The drug is a Janus kinase inhibitor, or JAK inhibitor, for the treatment of rheumatoid arthritis. It was developed by Eli Lilly and Company alongside Incyte and intended to be sold under the brand name Olumiant.

JAK inhibitors work by interfering with JAK enzymes that contribute to inflammatory signaling. JAK inhibitors are recommended for use in patients for whom at least one other disease-modifying antirheumatic drug (DMARD) has failed. Baricitinib became the first such drug approved by the European Medicines Agency in February, though Pfizer’s tofacitinib (Xeljanz) has been available in the United States since 2012.

The two drugs vary in their targeting: baricitinib selectively inhibits JAK1 and JAK2 over JAK3, whereas tofacitinib inhibits JAK1 and JAK3 over JAK2. “Due to different in vitro selectivity profiles against JAK family members, inhibitors within this class may have differing safety and efficacy profiles as well as other pharmacological differences,” authors of a 2015 study of baricitinib wrote.

Xeljanz may have had its potential dampened by safety concerns, and the sales success of Olumiant would likely hinge on its ability to differentiate its safety and efficacy profile from the earlier entry. Pfizer’s drug was initially rejected by the EMA despite availability in the United States since 2012. The European drug legislature’s initial rejection cited infection risks (common with immunosuppressants) as well as “a risk of other severe side effects including certain cancers, gastro-intestinal perforations (holes in the wall of the gut), liver damage and problems with increased lipid (fat) levels in the blood.” A second decision finally granted it marketing authorization in Europe last month, citing the effectiveness of the drug either alone or in combination with methotrexate.

In the most recent ICER review of targeted immune modulators for rheumatoid arthritis, which weighs clinical evidence of efficacy against estimated costs of various drugs, the New England Comparative Effectiveness Public Advisory Council gave a tepid response to most available RA therapies. The report was released last week and features some borderline-contradictory votes regarding baricitinib: despite universally voting that there was no evidence that tofacitinib and baricitinib had any net advantage over one another, and that tofacitinib did have net health benefit over adalimumab, they universally voted that there was no evidence to say the same for baricitinib.

Olumiant is expected to become a major brand for Lilly if approved, though the JAK-inhibitor field may become more crowded down the road as other pharma makers race to get a similar product to approval. Astellas is working to develop peficitinib, while Gilead and Galapagos are collaborating on filgotinib, which AbbVie was originally working on before moving on to its own as-yet named ABT-494.

The FDA’s ruling is widely expected to come this week or next.

Click here to sign up for more HCPLive® content and updates.
Related Coverage >>>
Fluconazole While Pregnant Increases Risk of Musculoskeletal Malformations
Biologics Do Not Increase Melanoma Risk in Patients With Inflammatory Disease
Majority of Osteoarthritis Cases From High Income Countries
You May Also be Interested in
Most Popular
Get Carried Away with Transportation Investing
Online Options for Charitable Shopping
Top 10 Painkillers in the US
Adam Friedman, MD: Returning to Normal During the COVID-19 Pandemic
Immunotherapies at the Forefront of COVID-19 Treatment Research