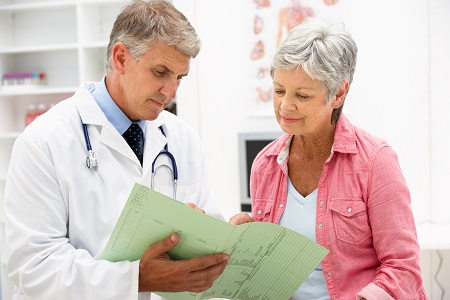 Results of the study, which was conducted by investigators from the University of Bristol and the University College London, indicate age at period cessation was not associated with an increases in blood pressure, unhealthy blood fats, BMI, fasting blood glucose, or waist circumference—indicating the increased risk of CVD and reduction of estrogen production are not related to changes in risk factors after menopause onset.

In an attempt to assess how age at period cessation might potentially impact trajectories of various cardiovascular risk factors across mid and later life, investigators conducted an observational study that included nearly 1000 women. Using UK Medical Research Council (MRC) National Survey of Health and Development (NSHD) data, investigators examined associations between age at menopause onset and trajectories of systolic (SBP) and diastolic blood pressure (DBP), BMI, and waist circumference from 36 to 69 years and trajectories of triglyceride, LDL-C, HDL-C, and HbA1c from 53 to 59 years.

The cohort of women chosen for inclusion in the current study were born in England, Scotland, or Wales during the first week of March 1946 and were followed up 24 times since birth, as per MRC NSHD protocol. From this, a total of 1666 eligible were identified for inclusion—of which, 915 were included in the primary analysis. Investigators noted natural menopause occurred in 675 patients and menopause onset occurred as a result of hysterectomy in 240 women.

In a related editorial, Carl Lavie, MD, of John Ochsner Heart and Vascular Institute, and Felice Gersh, MD, of the Division of Integrative Medicine, University of Arizona College of Medicine, wrote the results of the present study are important but also highlight the need to address loss of estrogen production in menopause, which can have negative impacts if untreated.

“These data certainly suggest coronary heart disease and cardiovascular disease risk factors do not explain the increased CVD risk from early menopause, and likely these adverse effects come from the loss of other beneficial effects of estrogen, as we discussed above. More importantly, however, we believe that many women would benefit from more effective, safe and physiologic HRT as discussed above, and this is especially needed for women with earlier menopause,” authors wrote.

This study, “Age at period cessation and trajectories of cardiovascular risk factors across mid and later life,” was published in Heart.