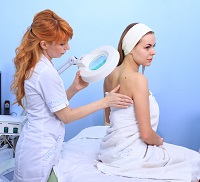 Patients have often been told to avoid ibuprofen and other nonsteroidal anti-inflammatory drugs (NSAIDs) before or after surgery due to an increased risk of bleeding.

However, new evidence suggests ibuprofen does not in fact increase the risk of bleeding following plastic surgery procedures.

Researchers from the University of Michigan believed ibuprofen could provide safe and effective pain control for selected plastic surgery procedures, while avoiding the higher risks and costs of some other pain medications.

To compare ibuprofen with other pain medications for patients undergoing plastic surgery-related operations, the research team conducted a systemic review of four studies in which 443 patients were randomly assigned to receive ibuprofen or other medications such as acetaminophen, acetaminophen plus codeine, or the prescription-only NSAID ketorolac.

All the studies began ibuprofen administration of 400 mg every four hours either before or immediately after surgery and continued for at least one week.

Findings reported good pain control across study medications. Ibuprofen and the other treatments also showed similar bleeding risks. The rates of “surgically significant postoperative bleeding” were 3.5% with ibuprofen and 4.1% with other treatments.

The researchers did acknowledge their study was limited to procedures were bleeding and hematomas were easily traceable.

Nonetheless, the team believed for plastic and dermatological surgery procedures for smaller areas, ibuprofen could provide good pain control without increasing the risk of bleeding.

The authors concluded, “OTC analgesics like ibuprofen are more cost effective given their effectiveness in pain control, well-established public tolerance, and low-risk qualities for abuse.”