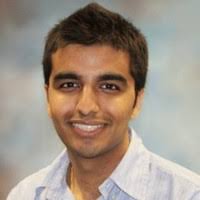 Pregnant mothers with inflammatory bowel disease (IBD) may want to be particularly careful as the disease is linked to several negative outcomes.

The investigators searched various databases through May 2019 for studies reporting adverse outcomes for IBD patients and found 53 studies, including 7917 IBD pregnancies and 3253 healthy control pregnancies.

“Gestational diabetes and preterm prelabor rupture of membranes occurs more commonly in patients with IBD, although the incidence of placental diseases remains low,” the authors wrote.

The primary outcome of the study was to determine the risk of maternal, placental, and obstetric outcomes in patients with IBD compared to healthy controls. They also hypothesized that IBD-related medication exposure during pregnancy may increase the risk of these outcomes compared to those not exposed to these therapies.

Maternal outcomes included delivery by C‐section (emergency or elective), and gestational diabetes (new‐onset diabetes developing during pregnancy), while placental outcomes included pre‐eclampsia, chorioamnionitis (acute infection/inflammation of the membranes and placental chorion), placenta previa (abnormal placement of the placenta near or over the internal cervical os) and placental abruption (premature detachment of the placenta from the uterus).

There were also birth related diseases associated with an IBD diagnosis.

Several recent studies have found increased rates of elective and emergent delivery through caesarean sections for patients with IBD, particularly those with perianal Crohn’s disease or those with ulcerative colitis post-ileal pouch-anal anastomosis.

Other studies have shown an increased risk of metabolic disorders including gestational diabetes and structural disorders such as ectopic pregnancy.

Recently, the risk of ischemic and non‐ischemic placental disorders in patients with IBD has been explored by a small number of studies. Placental-related diseases, such as pre-eclampsia, placenta, previa, and placental abruption, are linked to an increased risk of maternal and neonatal morbidity, such as small for gestational age, intra-uterine growth restriction, and even foetal mortality.

The study, “Systematic review with meta‐analysis: risk of adverse pregnancy‐related outcomes in inflammatory bowel disease,” was published online in Alimentary Pharmacology and Therapeutics.