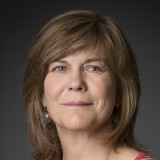 Women exposed to hypertensive disorders of pregnancy have an increased risk of developing a type of age-related macular degeneration (AMD), according to a new report.

Investigators from the University of Utah School of Medicine identified 31,454 women with hypertensive disorders of pregnancy (HDP) in order to determine whether these conditions were associated with choroidal neovascular AMD development. The patients came from the Utah Population Database and they were then matched 2:1 to more than 62,908 unaffected female control subjects. Specifically, the investigators were searching for diagnoses of choroidal neovascular AMD (CNV AMD) that occurred between 1992 and 2015 in the patients’ electronic medical records.

The study authors listed a variety of factors previously linked to hypertensive disorders in pregnancy, including race, BMI, history of chronic hypertension, history of diabetes, number of children born to the mother, mother’s education level, child’s birth weight, child’s gestational age, and county of residence at time of birth.

There were 681 exposed and 1355 unexposed women with subsequent AMD diagnoses, the investigators said. Of those, 158 (23.2%) and 284 (21.0%) were diagnosed with CNV AMD. The study authors wrote that women with hypertensive disorders in pregnancy were significantly more likely to be diagnosed with CNV AMD at an earlier age (before 70 years) compared to unexposed counterparts (at age 70 or beyond).

In all, mothers exposed to hypertensive disorders in pregnancy were 20% more likely to develop CNV AMD than unexposed mothers. There did not seem to be a difference between exposed and unexposed groups for the non-CNV AMD phenotype, they said.

The risk for earlier onset CNV AMD (before age 70) seemed to be greater—80% higher in mothers exposed to hypertensive disorders in pregnancy compared to those who were not exposed.

“Perhaps the most surprising finding was the association of hypertensive disorders of pregnancy with onset of choroidal neovascular AMD at ages well below the normal age at onset of this wet form of AMD in the general population,” study author Karen Curtin, PhD, MStat, told MD Magazine®. “We hypothesized HDP might be linked to wet AMD, but did not anticipate this. I believe women with a history of an HDP pregnancy might benefit from screening for AMD after about age 50.”

The investigators said the women exposed to eclampsia, hemolysis, elevated liver enzymes, and low platelets (HELLP), or preeclampsia compared to respective unexposed women were consistent with hypertensive disorders in pregnancy. Gestational hypertension (GHTN)-only births also did not appear to impact risk for development of AMD, they added.

“Because early recognition of CNV AMD increases the likelihood of visual recovery with treatment, our findings will likely have important clinical implications,” the study authors concluded.

The paper, “Hypertensive disorders of pregnancy increase the risk of developing neovascular age-related macular degeneration in later life,” was published in Hypertension in Pregnancy.