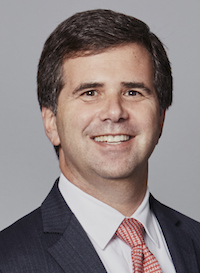 Alan Copperman, MD
Genetic testing has gained traction throughout the reproductive health journey, and the availability of new test options is now bringing DNA-based information into the purview of pediatricians as well.

As a medical community, we have seen dramatic impact from the adoption of gene tests for carrier screening and noninvasive prenatal testing. Today, the introduction of supplemental newborn screening promises to change how pediatricians care for their patients—and the kind of information parents will have at their disposal.

As the pediatrics community knows all too well, newborn screening is not standardized. In the United States, the conditions screened in the mandatory hospital heel-prick test vary from one state to another. Many states screen for the 34 medical conditions covered by the Recommended Uniform Screening Panel, but some also test for additional conditions. The likelihood of discovering a baby’s risk of developing a particular disease may depend on where he or she is born—hardly the situation we would recommend as medical professionals.

It is not surprising, then, to see that supplemental newborn screening has become a target for developers of genetic tests. While traditional newborn screening still relies on detecting analytes in blood, genomic advances have made it possible to detect the signals of many more health conditions in DNA, long before symptoms manifest. From broad exome testing to targeted testing of specific genes associated with treatable, childhood-onset health conditions, early detection is now more realistic than ever.

A deeper understanding of the association between genetic variants and disease has made it possible to develop supplemental newborn screening tests that focus on childhood-onset disorders and diseases for which a medical intervention is available. Such genetic tests can also provide information about a child’s likely response to medications commonly prescribed at a young age, giving advance notice about dose selection or adverse reactions.

Consider a few examples of how this could work. Children with pyridoxine-dependent epilepsy are difficult to diagnose and typically do not respond to the usual seizure medications. However, vitamin B6 supplementation has been shown to treat the seizures and other serious neurological symptoms of this disorder. Atypical epilepsy is not included in any state-mandated newborn screening in the US, but early detection can help doctors choose the right treatment sooner. For children found to have pyridoxine-dependent epilepsy through supplemental newborn screening, pediatricians could begin B6 supplementation early enough to mitigate symptoms.

Glucose-6-phosphate dehydrogenase (G6PD) deficiency is another health condition that usually develops in childhood. It is only covered in newborn screening in Pennsylvania and Washington, DC, even though early detection can have a major difference in the health of a child. The deficiency can cause anemia when a child is exposed to certain ingredients — such as artificial blue food coloring or fava beans — so simple dietary changes are important for helping the child avoid triggers that would have a negative impact on his or her health.

These and many other conditions covered by supplemental newborn screening tests cannot be detected by carrier screening or noninvasive prenatal testing, and most are not included in traditional newborn screening. The approach represents the first opportunity pediatricians have had to get ahead of these disorders and diseases and apply interventions that could in some cases prevent them or reduce their severity.

Access to more comprehensive newborn screening will inevitably bring up new ethical and logistical issues. As doctors, we know that testing often begets more testing. Some worry that supplemental newborn screening will only alarm parents, forcing them to embark on a long diagnostic odyssey if they do not understand test results or if those results are inconclusive.

Some pediatricians are naturally skeptical of tests designed to predict disease without any evidence of disease to support them. However, I believe we can choose to look at this as an opportunity to engage more fully with patients and their families, and help guide their journey in the earliest years of childhood.

Supplemental newborn screening offers real promise so long as it follows these core rules: 1) testing only childhood-onset diseases that are associated with some kind of treatment or intervention; and 2) testing only for highly penetrant variants that are highly likely to cause disease. These guidelines would, for example, rule out exome sequencing as a means of supplemental newborn screening, because it will inevitably turn up information about adult-onset diseases as well as conditions that are not treatable. Aside from the obvious medical issues, such broad screening could infringe on the child’s future right to choose which genetic results he or she wants to know about.

If we follow those core rules, then any subsequent tests would be important for validation, rather than unnecessary testing based on inconclusive screening results. When supplemental newborn screening is done properly, it can arm pediatricians with critical information. If, on the other hand, we dismiss this new technology out of hand, we will no doubt one day face a new ethical dilemma: could a patient’s disease have been mitigated or even prevented had we embraced screening data when the child was younger?

Regardless of our own feelings about genetic testing in general—and supplemental newborn screening specifically—we must anticipate that there will be increased demand from patient families for information these tests generate.

There are now enough consumer-oriented genetic tests, from ancestry to health testing, that the mainstream public is not only aware of the options but is also rapidly adopting them. We have to expect the same trend to hold among families of our youngest patients.

When it is directed at treatable, childhood-onset health conditions or a patient’s likely response to common childhood medications, supplemental newborn screening can provide early insight and give pediatricians the chance to intervene or monitor disease risk in a far more targeted way than has ever been possible. This merits serious consideration from the pediatrics community as a new tool to improve and tailor patient care. This piece was submitted to MD Magazine for publication and thus does not reflect the views of anyone other than the author.
Alan Copperman is affiliated with the Department of Obstetrics, Gynecology, and Reproductive Science at the Mount Sinai Health System; the Icahn School of Medicine at Mount Sinai; the RMA of New York; and Sema4, Inc. Address correspondence to: Alan Copperman, Department of OBGYN and Reproductive Science, Mount Sinai School of Medicine, Klingenstein Pavilion, 9th Floor 1176 Fifth Avenue, New York, NY, United States, 10029, 212-241-7495, acopperman@rmany.com

Click here to sign up for more HCPLive® content and updates.
Related Coverage >>>
How Will COVID-19 Change Pediatric Care?
US Medical Groups Share Front Against Racism, Healthcare Disparity
COVID-19 Lockdown Having an Impact on Adolescent Mental Health
You May Also be Interested in
Most Popular
Ixekizumab Improves Signs and Symptoms of Psoriatic Arthritis
Experts Advise on Asthma Care, Management during COVID-19
Tanezumab Outperforms Placebo, Tramadol in Improving Chronic Back Pain
Why Is Colchicine So Expensive Now?
New Atrial Fibrillation Guidelines Released