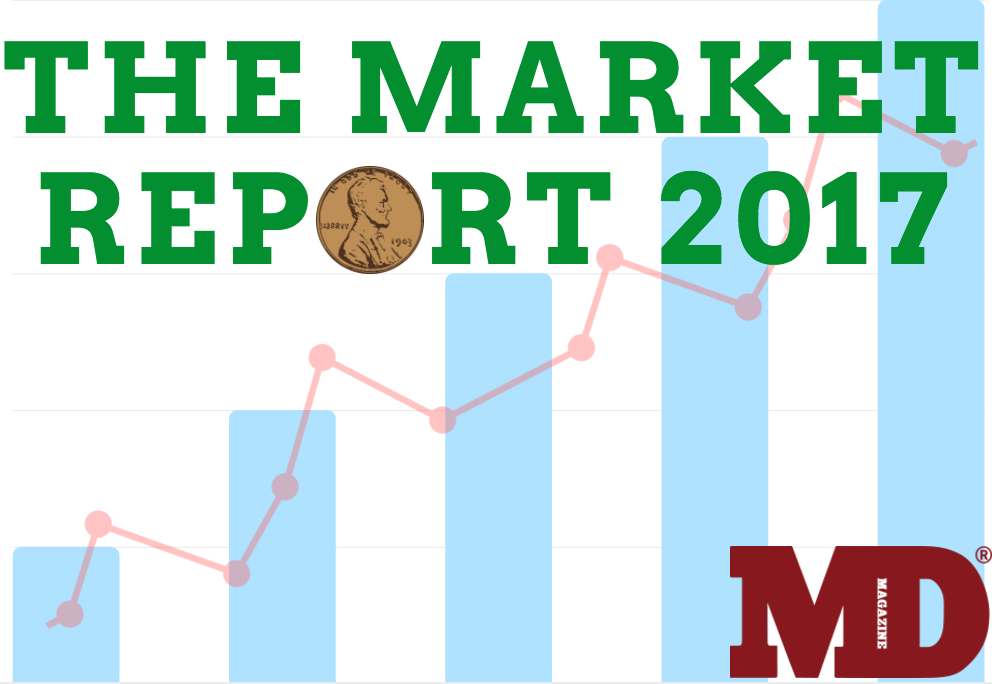 This article is part of an MD Magazine series reporting the results of the "Medicines Use and Spending in the US" review by the QuintilesIMS Institute. A report on the top list for drug spending — and biosimilars' effect on the market — was published Friday.

There’s reason to believe the well for hepatitis C (HCV) treatments has dried up.

National brand spending and new patient rates for HCV took a hit in the most recent reports of 2016, coming at a time when major pharmaceutical players Janssen Sciences and Merck & Co. have both made moves to leave behind HCV drug studies for greener fields.

About 10% fewer new patients were treated for HCV in the US in 2016 than the previous year, according to an annual report by QuintilesIMS Institute. The institute estimated new patients by gauging new brand prescriptions to 10 prominent HCV drugs on the market.

Though national estimates vary between 3 million and 5 million US patients, researchers believe only half of the true HCV population in the country is actually diagnosed with the disease. Carlos Romero-Marrero, MD, Section Head of Hepatology at the Cleveland Clinic, told MD Magazine that number may be even lower.

While screening advocacy has become a crucial tactic — particularly during the opioid epidemic — in the ongoing effort started by the US Department of Health & Health Services’ (DHHS) plan to eradicate HCV by 2020, treatment options have seem to hit a wall.

The introduction of modern direct-acting antiviral (DAA) agents to the market in 2015  has resulted in less HCV treatment side effects, and more efficacy — about 95 to 99% in approved DAAs, Romero-Marrero said.

“Certainly, there’s still challenges of making sure the patients are aware they have the infection,” Romero-Marrero said. “But where we are right now, we can treat safely most of the patients with hepatitis C.”

Patients’ burdens have also been eased by the drug forms, as oral DAAs have taken the place of injection therapies once commonly prescribed for HCV. The comprehensive improvement of treatment in such a short time has dramatically changed the field, Dr. Mike Robertson, executive director of clinical research for Merck Research Laboratories, told MD Magazine.

“The whole field has moved fast,” Robertson said. “This is really a big success story in many ways. We’re curing a virus infection, which is really almost unheard of.”

That unprecedented development led to surprising results. According to the QuintilesIMS Institute report, US-based medicine brand spending growth took a hit last year solely due to HCV. New brand growth surround HCV medicines was reported at a $1.9 billion decline, compared to its $3.6 billion boost just in 2015. 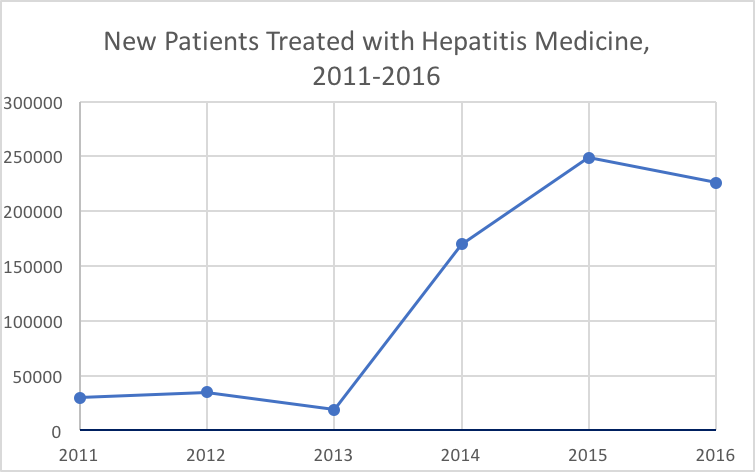 Though specialty medicines accounted for nearly 61% of all new brand spending growth in 2016, it was primarily due to oncology, HIV and autoimmune markets, according to the report.

At the time of the decision, the therapy (AL-335/odalasvir/simeprevir) was undergoing phase 2 trials and had previously returned 100% cure rates in patients treated over 6 weeks — a notable accomplishment. Nonetheless, Janssen was resolved to conclude research and move on.

Merck will still continue research and further development of Zepatier, which was approved by the FDA for HCV in January 2016. Phase 3, follow-up evaluation of Zepatier’s efficacy for chronic HCV patients also on opioid agonist therapy (OAT) will be presented at the Liver Meeting in Washington, DC, later this month.

If there’s room for HCV treatment development still, it may be in addressing the role of opioids in new infections. The methods of new HCV infection have trended towards needle sharing and injection drugs, Robertson said. Showing Zepatier’s ability to cooperate with OAT would be doubly efficacious.

“Many patients are working hard to get their addiction under control, but they have HCV,” Robertson said. “I think even many politicians are skeptical that you can treat people on OAT, because they will relapse and just get infected again. A big part of the phase 3 trial was to show that you can successfully treat these patients, just like you can those who aren’t addicted to opioids.”

But beyond Zepatier’s potential, Merck may not have any more stake in the HCV market.

“There’s not much of an unmet medical need to fulfill,” Robertson said. “Given how it’s evolved in the last few years, we thought we would still support Zepatier, but didn’t see a need to introduce any new drugs to the field.”

There’s room for business to improve again. For as efficacious DAAs have been for HCV-diagnosed patients, there remains anywhere between 2.4 and 4.4 million infected patients in the US — either undiagnosed, unable to access treatments, or both.

The DHHS’ HCV eradication plan could possibly be met, if it were an issue of treatment. But populations of high-risk patients — Baby Boomers, prisoners, drug users, HIV patients — are not being screened enough, Romero-Marrero said.

“Even though we thought hepatitis C would not be a problem past the year 2020, certainly with the recent challenges of the opioid epidemic, this may be a problem we have to deal with a longer time than we thought,” Romero-Marrero said.

The report, "Medicines Use and Spending in the US: A Review of 2016 and Outlook to 2021," is available to download online.