How Dogs Could Help Patients with HIV Live Longer

HIV patients are about twice as likely to be depressed as people who are HIV-negative, according to the report. This can be problematic, because depression often leads to reduced adherence to life-saving antiretroviral therapy (ART) regimens. 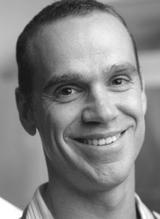 
“We know that stigma is still very much real for many people affected by HIV, and that stigma can lead to feelings of isolation, loneliness or depression,” said Robert Garofalo, MD, MPH, of the Division of Adolescent Medicine at Ann & Robert H Lurie Children’s Hospital of Chicago. “While doctors cannot readily write a prescription for a dog for their patients, this study suggests that dog ownership or aspects of unconditional love and social engagement that may come with having a pet, could be beneficial to patients who are isolated or depressed as a result of their HIV infection.”

To determine the effect of pet ownership on the mental status of HIV patients, Garofalo and colleagues recruited 199 participants via social media who were aged 18 years or older and who self-reported an HIV diagnosis to participate in When Dogs Heal, a cross-sectional web-based survey.

Participants first completed a brief set of demographic questions indicating their primary race, ethnicity, sex assigned at birth, current gender identity, age, and whether or not they owned a pet. Authors found that these factors had no significant relationship with depression.

Depression was measured using the shortened Center for Epidemiological Studies Depression Scale (CES-D10), which has been demonstrated to be reliable and valid in prior research. Additionally, resilience – a potentially confounding variable – was measured with the Resilience Research Centre Adult Resilience Measure (RRC-ARM), which measured the resources available to individuals that may boost their ability to sustain their well-being through individual resources or capabilities, relationships with primary caregivers, or contextual factors that facilitate a sense of belonging.

“Our hypothesis was supported in that noncurrent dog ownership was significantly and positively associated with depression, controlling for the potential influence of resilience and other demographic factors,” the authors wrote. “Depression influences not only the psychological health of PLHIV, but is a correlate of overall HIV disease progression as well. Support for, or promotion of dog adoption and ownership may be a novel intervention to positively impact depression and, in turn, positively affect other HIV-related health outcomes.”

Limitations of the study include the fact that most survey respondents were white males, which does not mirror the current epidemiology of HIV, which is increasingly younger and affecting populations of color. Additionally, since the data are cross-sectional in nature, causality cannot be inferred.

The study, A Web Based Study of Dog Ownership and Depression Among People Living With HIV, was published November 8, 2017, in the Journal of Medical Internet Research.