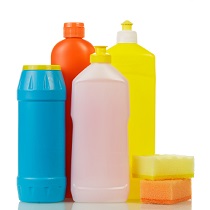 A new analysis indicates that a 25% reduction in exposure to certain household chemicals would reduce diabetes cases by approximately 13% — not as much as a similar reduction would reduce obesity rates, but enough to save billions of dollars in annual health costs.

Investigators used data from 1,016 participants in the Prospective Investigation of the Vasculature in Uppsala Seniors study, which used blood tests to measure exposure to phthalates, dichlorodiphenyltrichloroethylene (DDT), polychlorinated biphenyls (PCBs), and perfluoroalkyl, among other chemicals.

Investigators then looked for significant connections between a those chemicals and a number of different diseases.

A previous 2012 study published in Diabetes Care compared phthalate levels in the 114 diabetic subjects and the 902 non-diabetic subjects. After adjustment for sex, body mass index, serum cholesterol, triglycerides, education, smoking, and exercise, investigators found a significant positive relationship between phthalates in the blood and lowered insulin secretion, increased insulin resistance, or both.

The investigators then extrapolated the effect of such a reduction on all the member countries of the European Union and found that a 25% reduction in exposure to all four chemicals would likely have prevented diabetes in 152,481 people across the continent. The estimated cost savings associated with such a reduction was €4.51 billion per year. (By comparison, prior analysis has indicated that a 25% reduction in body mass index would prevent 469,172 cases of diabetes in Europe and save €13.9 billion per year.)

“The present study confirms substantial contribution, especially of mixtures of endocrine-disrupting chemicals, to adult type 2 diabetes, and large annual costs of medical care. While some will question extrapolation on limited data, our findings regarding chemical diabetogens are not unique and have also been found by several other research groups,” the study authors wrote in the Journal of Epidemiology & Community Health.

The investigators noted that PCBs have been banned, as has the pesticide DDT. The other chemicals are still used, however, and research shows that patient behavior can significantly affect exposure. For example, one study found that choosing personal care products labeled as “phthalate free” reduced urinary levels of monoethylphthalate by 27% in young girls.

“Our findings also speak the need for a strong regulatory framework that proactively identifies chemical hazards before they are widely used, and the use of safer alternatives,” the study authors wrote. “The European Union is actively considering regulations to limit such exposures, and the USA recently revised the Toxic Substances Control Act, but does not consider endocrine disruption. In the absence of such a framework, newly developed synthetic chemicals may emerge as diabetogenic exposures, replacing banned or substituted hazards as contributors.”

Related Coverage:
The Strange Way That Soap Can Lead to Obesity
A Better Diabetes Treatment Hiding in Platypus Venom?
Asian Americans More Likely to be Diabetic, Less Likely to be Aware Of It

Click here to sign up for more HCPLive® content and updates.
Related Coverage >>>
How ACE2 Reduction Associated with Aging Affects COVID-19 Severity
Patients Receiving Glucocorticoids at Higher Risk During COVID-19 Pandemic
Dry Eye, Loss of Tear Glands Could Indicate Increased HbA1c Levels
You May Also be Interested in
Most Popular
Comparing RT-PCR and Chest CT for Diagnosing COVID-19
Limited Supply of Chloroquine, Hydroxychloroquine Could Affect COVID-19 Use
Flu Cases Near 30 Million in the US, CDC Reports
Early Antibiotics Could Influence Pediatric Asthma Risk
Cardiology Organizations Advise on ACE Inhibitors, ARBs Use During COVID-19