Hospitalization Due to Firearm Assault Nearly Eight-Fold in Urban Adolescents 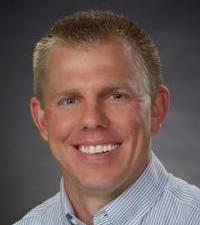 Bradley R. Herrin, MD
Urban adolescents are almost 3 times as likely to be hospitalized from firearm injury than rural adolescents of the same age, according to a new study.

A new analysis of the Kids’ Inpatient Database (KD) records from 2006, 2009, and 2012 found that urban 15-to-19 year olds report the greatest of firearm injury hospitalization among all pediatric-adolescent patient age groups, split by rural, urban, and micropolitan settings.

Researchers from the departments of pediatrics and emergency medicine at the Yale University School of Medicine, led by Bradley R. Herrin, MD, conducted a cross-sectional study of pediatric and adolescent US hospitalizations due to firearm with the largest available all-payer pediatric inpatient care database—a report released every 3 years which provides hospital discharge data intended to represent national trends.

According to the US Centers for Disease Control and Prevention, there were 13,723 nonfatal and 2762 fatal firearm injuries among children and adolescents in the US—meaning firearms now rank among the 3 greatest causes of death in the pediatric population. That said, national statistics on firearm deaths in children and adolescents is very limited, researchers noted. The available data of hospitalizations due to firearm injuries may actually offer answers to the epidemiology and contributing factors of shootings.

Using cause-of-injury codes, researchers identified eligible hospitalizations in patients aged 19 years or younger for fatal and nonfatal firearm injuries. They also specified incidents by the intent of injury: assault, self-inflicted, unintentional, and undetermined. Using the 2006, 2009, and 2012 reports, researchers identified a combined 21,581 hospitalizations due to firearm injuries.

Among patients aged 10-14 years, 5-9 years, or 0-4 years, rural children were more likely to have been hospitalized for firearm injury for all intents than urban or micropolitan children of the same age groups.

Researchers noted that this found distinction between age groups was not pursued in previous studies into comparative rural and urban firearm hospitalization rates. Because of the novel discovery, they advised that people in rural areas should take into account the rates of unintentional firearm injuries among children.

“In terms of further possible solutions, the American Academy of Pediatrics has made multiple statements on the need for the promotion of safe firearm storage, and researchers have demonstrated the importance of reducing access to firearms in youth suicide prevention,” researchers wrote.

Though further research is needed to design efforts in suicide prevention and responsible gun ownership, Herrin and colleagues established a foundation of the varying rates of regional injuries due to guns in children and adolescents.

“The combination of increased accessibility to firearms and decreased access to appropriate mental health services has been suggested as a partial explanation for this urban-rural discrepancy, and higher adolescent suicide rates in rural areas are likely mirroring similar trends for adult suicide rates,” researchers wrote.

The study, "Rural Versus Urban Hospitalizations for Firearm Injuries in Children and Adolescents," was published online in the journal Pediatrics this week.