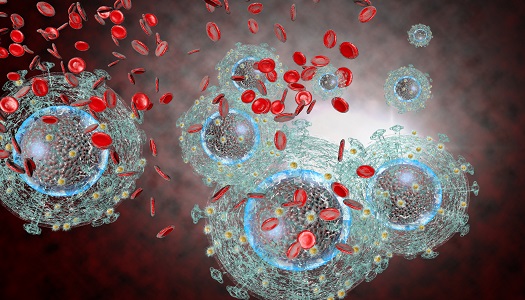 People with the human immunodeficiency virus (HIV) already have compromised immune systems, which is why they’re especially susceptible to conditions such as tuberculosis (TB). A new set of guidelines stresses the importance of treating both of these diseases at the same time in co-infected patients.

The most recent TB guidelines were issued in 2003 and, at that time, people with HIV typically didn’t start antiretroviral therapy (ART) until their TB treatment was finished. However, as evidence consistently reiterates, early ART therapy provides a slew of benefits – for both patients and their partners. Published in the journal Clinical Infectious Diseases, new recommendations for the simultaneous treatment of HIV and TB have been developed by the American Thoracic Society (ATS), Centers for Disease Control and Prevention (CDC), and Infectious Diseases Society of America (IDSA).

“Research shows that all patients with TB and HIV should receive treatment for both conditions, with HIV treatment beginning within eight to 12 weeks of the start of TB therapy. Some patients may need HIV treatment even sooner,” Payam Nahid, MD, MPH, lead author of the guidelines and professor of medicine at the University of California, said in a news release. If a patient does not receive ART during TB treatment, the authors say that TB treatment should be given for eight months or more in order to cut the risk of relapse. The team took special cases into consideration, however, as the guidelines say that people with HIV who are infected with tuberculous meningitis may need to have delayed ART.

The guidelines also address the comprehensive care (case management) of all patients with TB. This includes directly observed therapy (DOT) in which a healthcare provider observes the patient taking each medication dose during a six-month treatment regimen. The authors said that this ensures that treatment is effective and helps improve success.

“Case management, including DOT and patient education and counseling, is vital to reducing the risk of non-adherence to treatment, and consequently the risks of TB relapse, drug-resistance and other illnesses. We now have clear evidence to show that the benefits of case management are real,” explained Philip LoBue, MD, director of the Division of Tuberculosis Elimination (DTBE) at the CDC in Atlanta.

Of the 9.6 million people infected with TB worldwide in 2014, 1.5 million died, according to data released by the CDC. The number of TB cases rose slightly in 2015.

“Data from numerous trials have made it very clear that patients with HIV should begin treatment with anti-retroviral therapy (ART) during TB treatment, and not wait until after TB therapy is completed,” Nahid said.

Click here to sign up for more HCPLive® content and updates.
Related Coverage >>>
Insufficient Data to Accurately Monitor Most At-Risk Communities for Flu
Baloxavir Effective in Preventing Spread of Flu
Banafsheh Kashani, MD: Telemedicine for Women's Health During COVID-19
You May Also be Interested in
Most Popular
Denise Daley, PhD: Early Asthma Interventions for Infants
How to Spot a Bad Doctor
Top 10 Painkillers in the US
Flu Cases Near 30 Million in the US, CDC Reports
Respiratory Failure Deadlier When It Happens in Hospitals