HIV Testing Rates and the Effectiveness of Awareness Campaigns 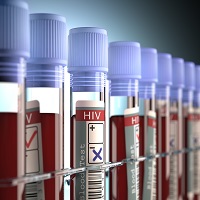 Researchers examined the data from parts of the National Income Dynamics Study (NIDS) in South Africa and found that providing mass HIV testing can be an effective way to get more people tested, and noted that geographic and socio-economic factors have an impact on such programs. The study, authored by Brendan Maughan-Brown of the Southern African Labor and Development Research Unit at the University of Cape Town and colleagues, the study was published in the Journal of the International AIDS Society on April 11, 2016.

The authors say they undertook the study with two questions in mind, “First, how many individuals tested for the first time during the South African campaign? Second, was the program effective in overcoming persistent geographic, demographic and socio-economic disparities in HIV testing uptake, particularly among groups at highest risk of contracting HIV?” In order to answer those questions, they used information collected from individuals aged 15 and older who participated in NIDS.

The primary outcome measure was based on the question “I do not want to know the result, but have you ever had an HIV test?” Subjects could answer yes, no, don’t know, or refuse to answer. The considered demographic data, as well as geographic and socio-economic data. Additionally, they took health status into account.