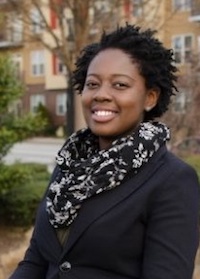 Angelica Geter, DrPH, MPH
Healthcare providers’ stigma toward patients with HIV is holding back HIV prevention goals, a study from the US Centers for Disease Control and Prevention (CDC) suggests.

More than 1.2 million people in the US are living with HIV infection and more than 39,000 new cases are diagnosed each year, Geter and coauthors wrote in AIDS Patient Care and STDs.

When providers fail to recognize and combat HIV stigma in their ranks, undiagnosed persons with HIV may go unidentified and fail to get quality care and treatment. This can limit the number of people with HIV who are virally suppressed, Geter said.

“HIV-related stigma continues to be a prevalent issue for people living with HIV and people who are vulnerable for HIV,’’ the researchers wrote. “Less stigmatizing attitudes by providers can help to reduce social and structural barriers to HIV care across the continuum.”

To explore the extent of HIV stigma in healthcare settings and its effect on patients, the team reviewed relevant studies published between January 2010 and July 2017. They used such keywords as “social stigma,” “discrimination,” and “healthcare providers” to find studies.

The search yielded 6 of 619 articles that were unique to provider perspectives of HIV-related stigma. These were included in the team’s final review.

Three themes emerged from the analysis: attitudes, beliefs, and behaviors among providers; quality of patient care; and education and training of personnel. Gender, race, religion, the type of provider, and the clinical setting all affected stigmatizing behaviors, attitudes, and beliefs.

White, male, primary care physicians and providers who had limited or no HIV stigma training in the past 12 months stood out for stigmatizing tendencies.

“Male white providers and those who work in HIV/sexually transmitted infection clinics were significantly more likely to hold stigmatizing attitudes toward people living with HIV (PLWH),” the authors wrote.

Provider stigma was less likely among those who worked in settings where policies that focused on the problem were reinforced.

“Stigma can be manifested through inadvertent behaviors and ideologies, such as homophobia, transphobia, racism, and negative views of persons who inject drugs, and can create uncomfortable environments and act as a barrier to HIV prevention, treatment, and care,” the authors wrote.

The analysis suggested that patients are often stigmatized as being poor, having a high number of sexual partners, and engaging frequently in risky sexual behavior. Stigma was found to hurt the quality of care HIV patients receive.

“Provider fear of acquiring HIV through occupational exposure led to reduced quality of care, refusal of care, and anxiety when providing services to people with HIV,” Geter said. “This fear was higher among providers with limited awareness of, or access to, post-exposure prophylaxis (PEP) within their healthcare setting or clinic.”

Providers and non-HIV specialty doctors were more likely to exhibit stigma if they had limited opportunities for clinical education.

The researchers suggested several ways to counteract provider stigma. Health professionals might consider assessing themselves and their attitudes via online surveys such as “Test Yourself for Hidden Bias.”

Clinicians can also adopt an “opt-out” approach to HIV testing, in which patients are informed that an HIV test will be performed unless they explicitly decline, the authors wrote.

“Understanding and addressing healthcare provider stigma will have an effect on HIV engagement and care by allowing patients to feel more supported during their HIV diagnoses and lifetime of HIV-related medical interactions,” she added.

The study, “HIV-Related Stigma by Healthcare Providers in the United States: A Systematic Review,” was published in AIDS Patient Care and STDs.