HIV Status May be Misreported by People Who Inject Drugs 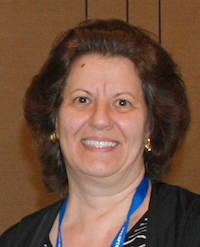 Susan H. Eshleman, MD, PhD
Study participants are not always open about their HIV status, or about whether or not they are taking antiretroviral therapy (ART), a new study found.

A team of investigators from the United States, Vietnam, Ukraine, and Indonesia decided to check whether people who inject drugs (PWID) accurately reported data on ART and knowledge of HIV status when entering an HIV prevention study.

The team examined samples collected upon enrollment from 482 HIV-positive participants. Participants had separately been asked about prior HIV testing and whether they had used antiretroviral (ARV) drugs. Of the 72 participants who tested positive for ARV drugs, 39 participants reported being on ART; the other 33 said they were not on ART.

When asked their HIV status, 213 participants said they did not know their status. Yet, 30 of those participants had ARV drugs in their systems at enrollment, and half of those had ARV detected during the screening visit.

“There are many reasons individuals may choose not to disclose their HIV status or HIV treatment,” corresponding author Susan H. Eshleman, MD, PhD, of the Johns Hopkins University School of Medicine told MD Magazine®. “Some individuals may also not understand study questionnaires. There may also be errors in data collection in trials and other research settings.”

Eshleman said she and her colleagues were not surprised by the findings, since they match with similar findings from other cohorts. She also cautioned that these issues are nuanced and will vary from setting to setting and from cohort to cohort.

Eshleman said given that multi-drug antiretroviral regimens are primarily used for HIV treatment, “[s]omeone taking these medications for treatment would be aware of their HIV status.”

However, she said some participants might not want to disclose that they are on treatment because doing so would expose their knowledge of their HIV status. Successful ART can reduce the risk of HIV transmission, something that theoretically might make a person more willing to be upfront about his or her status. However, Eshleman noted that some individuals may not be aware that treatment reduces their risk of transmitting the disease.

Eshleman said the question of ARV use is also complicated because the drugs are used differently in different countries and settings. For instance, country-specific guidelines set different regulations for the use of the drugs from one country to the next. The affordability and availability of the drugs also varies from place to place, as do local care practices.

“Stigma and other factors may impact whether an individual seeks care or uses ARV drugs for PrEP, PEP, treatment, or other reasons, and whether they chose to disclose knowledge of their HIV status or ARV drug use to research staff or others,” she added.

The authors concluded that given the possiblity of inaccuracies in self-reports of HIV or ARV status, people conducting research should consider using ARV drug testing to evaluate knowledge of HIV status or ARV drug use.

The study, “Use of Antiretroviral Drug Testing to Assess the Accuracy of Self-reported Data from HIV-Infected People Who Inject Drugs,” was published in AIDS and Behavior.

Click here to sign up for more HCPLive® content and updates.
Related Coverage >>>
Notes from Rounds: On The Floor at SCCM's Annual Critical Care Congress
Use of Phone Apps, Online Portal Linked to Improved Diabetes Management
FDA Grants Marketing Approval For Prometra II Pump
You May Also be Interested in
Most Popular
The Fear of the Coronavirus, and the Reality of the Flu
Top 10 Painkillers in the US
Do EMRs Provide Clinically Relevant Information?
New Studies Suggest Risk Factors Best Genetic Risk Scores for Predicting CVD
When to Suspect Diarrhea is Symptom of a Clostridium Difficile