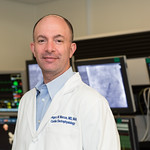 A recent review from investigators at the University of California San Francisco (UCSF) has found that patients with HIV are at a significantly increased risk of atrial fibrillation (AF).

Results of the review, which included data on more than 17.3 million people, suggested having HIV increased a patient’s risk of having atrial fibrillation by 80% — which investigators noted was greater than diabetes (22%) and similar to that of hypertension (89%).

"Physicians caring for HIV-infected patients should be aware of this strong relationship," said lead investigator Gregory Marcus, MD, MAS, UCSF Health cardiologist and associate chief of cardiology for research in the UCSF Division of Cardiology. "Increased awareness may help in recognizing the diagnosis and consequently result in more frequent prescription of appropriate therapies, such as anticoagulation, to reduce morbidity and mortality.”

In an examine the potential relationship between HIV and AF, investigators conducted a review of information from the Health Cost and Utilization Project (HCUP) California State Databases. The database, which contains information on all California residents aged 21 or older who received care in  an outpatient surgery unit, emergency department, or inpatient hospital unit between January 1, 2005 and December 31, 2011.

During the follow-up period 625,167 new cases of AF were diagnosed — of which, 1076 occurred in HIV-positive patients. Patients in the cohort with HIV were younger, more likely to be male, and more likely to be black. Investigators also noted that patients with HIV displayed more cardiovascular risk factors than patients without.

Incidence rate of AF was more than double in patients with HIV compared to those without (18.2 versus 8.9 per 1000 person-years of follow-up). In analysis, which adjusted for factors included age, sex, race, income, cardiovascular diseases, smoking, diabetes, and alcohol abuse among others, investigators found HIV was associated with an increased risk of AF (HR 1.46; 95% CI: 1.38 to 1.55; P<0.0001).

"This is the first paper demonstrating that HIV is a risk factor for AF, and the potency of that risk is similar to other well-established AF risk factors," Marcus said. ”Because AF can be asymptomatic and stroke may be the first manifestation, it's important for caregivers to be aware of patients at heightened risk."

This study, “Human Immunodeficiency Virus Infection and Incident Atrial Fibrillation,” was published online in the Journal of the American College of Cardiology.