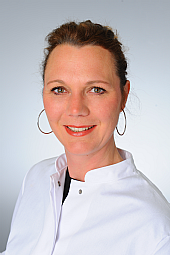 Clara Lehmann, MD
A retrospective review of HIV-1 post-exposure prophylaxis (PEP) finds it is often prescribed in response to patients' emotional stress rather than according to treatment guidelines.

"Decision making in PEP goes beyond prescribing a pill," they indicated. "Despite guidelines, it remains a challenge for physicians to weigh the pros and cons of necessity, adverse drug reactions, and costs, while at the same time being confronted with the patients' demands in these emotionally stressful situations."

Lehmann and colleagues point to a worrying trend that while HIV treatment options have improved, there are still 2 million new HIV infections each year world-wide, along with increases in syphilis and other sexually-transmitted diseases. With the possibility that treatment options like pre-exposure prophylaxis (PrEP) and PEP are contributing to less concern about unprotected sex and more acceptance of HIV risk, the investigators sought to determine characteristics of patients who requested PEP and evaluate congruence of PEP prescribing with guidelines.

The European AIDS Clinical Society (EACS) Guidelines for HIV PEP (version 9.0, 2017) that are applied at the study site in Germany indicate PEP for risk from sexual or occupational exposure. PEP is indicated for unprotected sex with a viremic HIV-positive partner, or with a partner whose viremia status is unknown but has HIV risk factors such as men having sex with men, injection drug users, or living in region in which HIV is endemic. The guidelines specify that an HIV test is obtained within 48 hours after exposure, and the German-Austrian PEP guidelines require a negative test result prior to PEP to exclude potential of increasing drug resistance.

A PEP prescription was provided to 547 of the 649 patients requesting PEP consultations, of which 61 (11%) were found to have been inconsistent with guidelines. Sexual exposure had occurred in 45 of the 61 cases, 14 followed occupational exposure, and 2 had another type of exposure. Among the patients receiving PEP prescriptions outside of guidelines, 21 were without relevant HIV transmission risk and 3 had refused initial HIV testing before receiving PEP. The most frequently documented reason for prescribing PEP outside guideline was the emotional stress of the patient (in 37 of 61).

Lehmann and colleagues suggested that the prescribers going outside guidelines often weighed factors such as anxiety over the potential harm of adverse drug reactions as well as high and unnecessary costs for the healthcare system.

"PEP is used to reduce emotional stress, while this could also be achieved by giving adequate information to the patient," they wrote. In cases of nonconsensual sex, however, they add "physicians need to carry out a risk assessment as well as consider emotional aspects."

The study, “To Prescribe, or not to Prescribe: Decision Making in HIV-1 Post-exposure Prophylaxis,” was published in HIV Medicine.