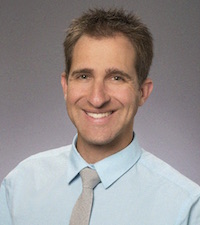 Jonathan Colasanti, MD, MSPH
Opioids have become a common treatment for people living with HIV who also deal with chronic pain. However, new research suggests those patients aren’t receiving robust monitoring to prevent opioid misuse, despite evidence that most are open to it.

Researchers from several prominent US universities worked together to study chronic opioid therapy (COT) in persons with HIV. Despite the therapy’s prevalence and opioids’ association with addiction, the researchers said the issue has not been well studied.

The investigators recruited 165 patients on COT, as defined by 3 or more prescriptions for opioids, at least 3 weeks apart, within the past 6 months.

Among patients whose physicians employed addiction-prevention strategies, satisfaction was high.

Patients whose physicians had them sign an opioid treatment agreement, a document used to facilitate communication and certify that patients were fully informed of the risks of opioids, median patient satisfaction was a “perfect score” 10. Those documents also commonly ask patients to affirm that they won’t seek narcotic prescriptions from any other physician.

The problem was that many patients didn’t receive such prevention tools. Only 30% of patients were given an opioid treatment agreement, 66% were given a urine test, but just 12% had a pill count.

While monitoring levels were relatively low, patient awareness was not. Ninety percent of participants in the study said they were aware that opioids can be addictive.

“Among [people living with HIV] on COT, opioid misuse and awareness of the addictive potential of COT are common, yet COT monitoring practices were not guideline concordant,” wrote corresponding author Jonathan Colasanti, MD, MSPH, assistant professor of medicine at Emory University, and colleagues.

A 2017 study by the Infectious Diseases Society of America (IDSA) estimated that between 39% and 85% of people living with HIV suffer from chronic pain. That’s why the IDSA’s HIV Medicine Association recommends all patients with HIV be screened for chronic pain.

That screening can consist of as few as 2 questions: “How much pain have you had the past week?” and “Do you have bodily pain that’s lasted for more than three months?”

The ISDA recommends a multimodal approach to pain management. If prescriptions are needed, the association suggests beginning with non-opioids, and prescribing opioids only after other methods have been tried.

Click here to sign up for more HCPLive® content and updates.
Related Coverage >>>
Christina Tan, MD, MPH: Managing Coronavirus Fear
FDA Approves IV Meloxicam for Pain Management
First Flu Strain Impacts Ability to Fight Virus for Life
You May Also be Interested in
Most Popular
The Fear of the Coronavirus, and the Reality of the Flu
WHO Prequalifies First Generic Ingredient for Hepatitis C Medicines
Top 10 Painkillers in the US
FDA Approves IV Meloxicam for Pain Management
Do EMRs Provide Clinically Relevant Information?