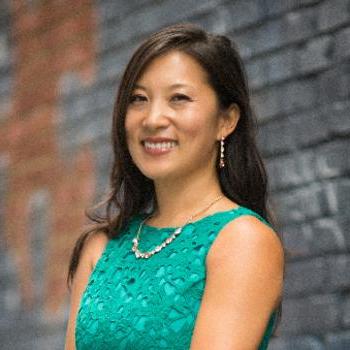 Lesley Park, PhD, MPH
Suppression of the HIV virus through antiretroviral therapy (ART) helps to decrease the risk of cancer, though people living with HIV still face a higher overall cancer risk than the general public, according to new research.

The study is the latest in an emerging body of research into the health of HIV patients who live long lives thanks to ART.

Corresponding author Lesley Park, PhD, MPH, of the Stanford Center for Population Health Sciences, told MD Mag it’s long been known that patients with HIV face a substantially higher cancer risk. The question she and her colleagues wanted to answer was what impact, if any, ART had on that risk.

“Our study is the first to examine the effects of prolonged periods of viral suppression and potential cancer prevention benefits,” she said. “While prior randomized clinical trials (RCTs) and observational studies have examined viral suppression and cancer risk, they mostly were limited to small numbers of cancer outcomes or were only focused on few specific cancer types.”

In this study, researchers used a massive data set covering 16 years, 1999 to 2015. They compared 42,441 HIV-positive veterans to 104,712 uninfected veterans who were matched to reflect similar demographic groups to the HIV-infected group.

The researchers found patients who were not HIV infected still had the lowest rates of cancer, however, the data showed that viral suppression lowered the risk of cancer, particularly if ART treatment was begun early, and even more so after long-term viral suppression.

Park said she expected to see the risk of AIDS-defining cancers fall, however, they were also pleased to see rates of lung, larynx, melanoma, leukemia cancers fall, too.

The research is in line with new discoveries about the links between cancer and viruses, Park added, noting that this study is important not only for HIV research, but also for cancer research.

“Understanding how HIV interacts with viral coinfections and results in higher risks of cancer may offer critical insight in how we might better prevent and treat these cancers for everyone,” she said. “Our findings establish the scientific evidence to warrant further exploration of the effects of long-term viral suppression in future work that explores lower thresholds or varying duration of suppression.”

In addition to taking ART, the NIH also recommends patients with HIV lower their risk of cancer by quitting smoking. It’s also important for patients with HIV to know whether they also are infected with hepatitis, as infection with hepatitis C, for instance, has been tied to higher rates of liver cancer. In addition, the agency recommends the HPV vaccine for younger patients to reduce the risk of cervical cancer in female patients.

The study is titled, “Association of Viral Suppression With Lower AIDS-Defining and Non-AIDS-Defining Cancer Incidence in HIV-Infected Veterans: A Prospective Cohort Study.” It was published June 12 in the Annals of Internal Medicine.

Click here to sign up for more MD Magazine content and updates.
Related Coverage >>>
Flu Cases Reach 13 Million in the US, CDC Reports
Investigators Link Farm Proximity Residence to C. Difficile
The 10 Most Read Articles of 2019
You May Also be Interested in
Most Popular
Burden of Sickle Cell Disease
Marking Gains in Developing, Delivering Treatment for ALS
Overcoming Physician Burnout During the Winter
Minorities Disproportionately Cared for in ICU
Top 10 Painkillers in the US