HIV in Prison: How Inmates and Partners Are at Risk 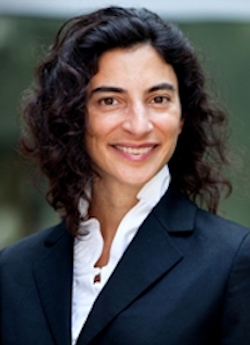 The majority of new incidences of HIV infections in 2015 were reported in African American males, according to the US Centers for Disease Control and Prevention (CDC), and the trend is predicted to continue. In an ongoing effort to concentrate research on this high-risk group, researchers from New York University (NYU) evaluated the population specifically in incarcerated individuals.

Prisons are breeding grounds for sexually transmitted infections (STIs), including HIV. While most incarcerated people get infected with HIV before going to prison, it’s not uncommon for them to first learn about their diagnosis while being tested in prison. The NYU team aimed to understand how sex partnerships in prison, and the types of partnerships, impact STI and HIV risks in African Americans.

“We identified subgroups of participants with distinct relationship profiles and measured associations between relationship characteristics and multiple partnerships of inmates and their partners in the 6 months before incarceration,” Maria Khan, PhD, MPH, (photo) associate professor in the NYU School of Medicine’s Department of Population Health, said in a news release.

The cohort included 207 African American men from the study Project DISRUPT. All of the men were being released from prison in North Carolina and in committed heterosexual partnerships before entering prison.

The average length of the committed relationship was three years and most of them were considered stable, meaning they lived together, helped each other financially, raised children together, had relationship satisfaction, and were together for multiple years. Although in relationships, the majority of participants were not married.

Satisfaction in the relationship was more telling than length of time together or marriage. Factors such as economic deprivation, substance use, violence, and mental disorder symptoms were linked to being dissatisfied or having an unstable relationship.

“Being in a marital or non-marital partnership with high levels of relationship satisfaction – which was a majority of committed partnerships – was associated with protection against non-monogamy for inmates and their partners,” Khan continued.

Satisfied/stable relationships were reported in 58% of the participants and 42% were dissatisfied/unstable.

But how does this translate to STI/HIV risk?

Khan said that these findings indicated that there is a need to reduce barriers standing in the way of maintaining healthy relationships while incarcerated, including limited phone time, distance from prison, expense of getting to the prison, and childcare expenses. There is also a need to help inmates strengthen relationship skills while they are in prison and address the factors causing dissatisfaction/instability in the relationship – which could contribute to STI/HIV risk as well as violence.

The study, “The Committed Intimate Partnerships of Incarcerated African-American Men: Implications for Sexual HIV Transmission Risk and Prevention Opportunities,” was published in the Archives of Sexual Behavior. The news release and photo were provided by NYU.