HIV Does Not Increase Risk of Acute Coronary Syndrome Recurrence 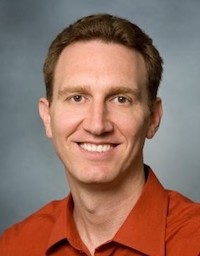 Michael Silverberg, PhD, MPH
Although previous studies have shown that individuals infected with human immunodeficiency virus (HIV) are at increased risk for acute coronary syndrome (ACS), including myocardial infarction, a new large health care system study has found that they have no greater likelihood of a recurrent episode after hospitalization than uninfected individuals.

With the success of antiretroviral therapy in extending the life span of individuals infected with HIV, their medical care is more often focused on non-AIDS-related morbidity, including cardiovascular disease, according to Michael Silverberg, PhD, MPH, Research Scientist at the Division of Research, Kaiser Permanente Northern California, Oakland, CA, and colleagues.

"Although the excess risk of cardiovascular disease among HIV-infected patients has diminished in recent years in our study setting," Silverberg and colleagues indicate, "the impact of HIV infection on ACS prognosis remains unclear."

To ascertain whether HIV infection contributes to risk of ACS recurrence, the investigators conducted a retrospective cohort study at Kaiser Permanent Northern California of 226 HIV-infected persons and over 86,000 persons without HIV infection, hospitalized between 1996-2010 for ACS involving either ST-elevation myocardial infarction (STEMI), non-STEMI, or unstable angina.

The follow-up period extended for 3 years after the first hospitalization for ACS. In addition to recurrent ACS, subjects were compared for deaths from all causes, and their medical record data were analyzed for a variety of potentially contributing factors including smoking history, serum lipoproteins, cholesterol, and triglycerides.

"The major strength of the study was the ability to evaluate ACS recurrence in a large sample of persons with HIV and persons without HIV from the same health care system, thus ensuring that access to health care is similar between groups," Silverberg commented to MD Magazine ®.

The investigators report finding a similar incidence of ACS recurrence in both HIV-infected and uninfected groups overall, 15% and 16%, respectively. There was also no difference in risk between the groups by the cardiovascular event of STEMI, non-STEMI, or unstable angina.

After adjustment for demographic and cardiovascular risk factors, the risk remained similar, with overall Hazard Ratio (HR) of 1.08 (95% Confidence Interval [CI] 0.76-1.54). No difference in risk was found with HIV-infected individuals characterized by different levels of CD4 count. The investigators did note, however, that a history of smoking appeared to have greater influence in ACS recurrence in the HIV-infected individuals.

The analysis of all-cause mortality also did not differ overall between groups, but in age-stratified analysis, there was a statistically significantly higher all-cause mortality rate in HIV-infected individuals < 60 years of age and 60-64 years, and a numerically but not statistically significantly higher rate in those ≥65 years of age.

"It was encouraging to find no differences in ACS recurrence by HIV status, which is a testament to the focus on secondary prevention efforts in our health plan, regardless of HIV status," Silverberg said.

The study, Recurrence After Hospitalization for Acute Coronary Syndrome Among HIV-infected and HIV-uninfected Individuals was published in HIV Medicine.