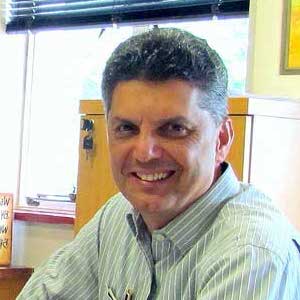 M. Faadiel Essop, PhD
New research suggests HIV can have a direct impact on the cardiovascular health of patients infected with the virus.

The paper is based on a review of more than 80 studies and highlights an overlooked angle of the connection between HIV and the risk of cardiovascular disease.

In the paper, researchers from Stellenbosch University, in South Africa, zero in on persistent immune activation as a factor in heart disease. While immune activation itself is a normal response to infection, the researchers found that the persistent presence of HIV in the bodies of infected patients causes the immune system to stay continuously activated, resulting in long-term inflammation and a reduction in T cells. This causes metabolic reprogramming of immune cells and the activation of coagulation pathways. The end result is a higher risk of heart attack and other heart complications.

“The idea put forward is that persistent immune activation plays a significant role to increase CVD risk in such patients,” he told MD Magazine. “Thus we propose that earlier detection of inflammation and coagulation biomarkers would be useful information for clinicians to take into account when managing HIV-positive patients.”

Essop said doctors who see an increase in inflammation and coagulation biomarkers can be more proactive in relaying the cardiovascular risks to patients, hopefully offsetting some of the increased risk.

Approximately 20% of patients with HIV will die of heart disease. That’s partly due to the fact that heart disease is a major killer of Americans generally. It’s also due to combination antiretroviral therapy (cART), which some studies have shown leads to an increase in oxidative stress, and which also is believed to cause blood vessel damage and impair the body’s ability to digest fat.

Though Essop’s study highlights a new way HIV and heart disease coincide, he wrote in the study that the mechanisms of the cardiovascular effects aren’t fully clear yet.

“Despite progress discussed in this review article, the mechanisms whereby activated immune cells become dysregulated and contribute to downstream effects such as immune activation, coagulation, and CVD onset in HIV-positive individuals remain poorly understood,” Essop and his colleague wrote.

Still, Essop said physicians can use the information today to help inform patients of the risks of increased inflammation and draft better health management plans.

“Clinicians can then use such information in conjunction with other parameters, e.g. dietary intake, lipogram, body weights etc., and advise/counsel patients regarding appropriate lifestyle changes that could be adopted to lower their risk for heart diseases,” he said.

As for scientists in the lab, Essop suggested that the reprogramming of metabolic pathways in immune cells would be a worthwhile target for new therapies. By controlling immune cell activation and function, they could theoretically limit the increased cardiovascular risk later in life.

The study, titled, “HIV and Cardiovascular Disease: Role of Immunometabolic Perturbations,” was published last month in the journal Physiology.