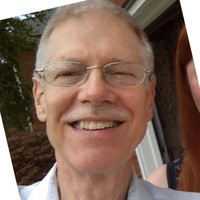 Lytt I. Gardner, PhD
Gaps in care of up to 9 months for patients with HIV do not worsen viral loads, a study involving more than 6000 HIV-infected individuals has found.

“For these 6399 patients from 6 HIV clinics, viral load increases over a gap in care were non-significant or very small when the gap length was less than 9 months,” lead author Lytt I. Gardner, PhD, an epidemiologist at the US Centers for Disease Control and Prevention’s Division of HIV/AIDS Prevention, told MD Magazine. “These small changes were comparable to when visit intervals were 3 to 6 months."

Current guidelines specify that gaps in visits to primary care doctors should not exceed 6 months for clinically stable HIV patients with sustained viral suppression—even though longer lapses are common, researchers from the CDC, National Institute of Mental Health and several US university medical schools wrote in AIDS Patient Care and STDs.

“Cohort studies have shown that gaps in care range from 27% to 63% in patients with a new HIV diagnosis and 24% to 35% in cohorts that contain a majority of established patients,” the authors said.

Given the discrepancies between recommendations and reality, the team set out to investigate how gaps in care impact HIV patients.

Researchers looked at the association between gap length and viral load status and sought to determine the care intervals at which HIV loads increase significantly.

“Relatively little is known about how the length of the gap is associated with changes in viral load status,” researchers noted.

The dichotomous measure applied to patients where HIV was already suppressed with the goal of assessing how many patients lost suppression as the care gap increased.

“This measure is very important for clinicians as they monitor suppressed patients over time,” Gardner said.

The log10 measure applied to all patients. It’s useful for presenting the entire picture of individuals with gaps in care, regardless of suppression status at the start of the gap.

The team found that viral load increases were non-significant or modest when the gap length was less than 9 months, with about 10% of patients or fewer losing viral suppression.

“One surprise was that those initially suppressed patients with gaps up to 9 months showed only 10% or less failure to maintain viral suppression,” Gardner said.  “Even with these gaps of 6 and up to 9 months, it appears that the vast majority of these patients were still taking their antiretroviral therapies (ART).”

For gaps of 12 months or greater, however, there was a big increase in viral load. There also was a much larger loss of viral suppression, affecting 23% of patients.

Patients who were young, black or without health insurance were hardest hit by care gaps. These individuals may face more roadblocks in adhering to ART, the team speculated.

“Difficulty in obtaining refills because of insurance problems such as copays and eligibility may be an issue for those patients with Medicaid or Ryan White assistance,” Gardner said, referring to programs for the uninsured and underinsured.

Patients aged 18 to 39 had the longest average gaps in care and the highest level of not maintaining a suppressed viral load after a gap. “This subgroup of patients may benefit from more frequent viral load monitoring,” authors wrote.

Gardner said extending care visit intervals should be considered for patients with suppressed viral loads who have access to prescription refills.

“Such patients ought to be carefully selected, as the tradeoff is that patients who are lost to care for 9 months or more are more difficult to relocate, which would be a challenge to reengagement efforts,” he cautioned.

Provider attitudes about moving toward differentiated care also must be taken into account, he said. Data from this study may help initiate such changes.

“The current US Department of Health and Human Services guidelines are reconsidered periodically in light of the most current data,” Gardner said. “Our data would be important for them to consider the next time they review the maximum interval for viral monitoring and face-face care.”

Click here to sign up for more HCPLive® content and updates.
Related Coverage >>>
How Will COVID-19 Change Pediatric Care?
Brian LaMoreaux, MD: Practicing Rheumatology During and After COVID-19
COVID-19 Lockdown Having an Impact on Adolescent Mental Health
You May Also be Interested in
Most Popular
Schizophrenia Relapses and Patient Well-Being
Treatment Nonadherence and Schizophrenia Relapses
Tanezumab Outperforms Placebo, Tramadol in Improving Chronic Back Pain
Positive Results Treating Active Psoriatic Arthritis with Upadacitinib
Immunotherapies at the Forefront of COVID-19 Treatment Research