HIV Affects Brain Development of Children Regardless of Early ART 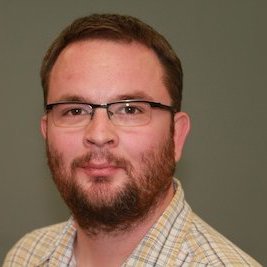 Marcin Jankiewicz, PhD, MSci
Human immunodeficiency virus (HIV) affects the brain development of young children, even when they receive antiretroviral treatment (ART) early in their lives, per a new study.

In addition, children who are exposed to HIV, even when they are not infected by the virus, appear to develop changes in their brains, according to the study, led by Marcin Jankiewicz, PhD, MSci, a researcher at the University of Cape Town, South Africa.

White matter (WM) plays a critical role in transmitting information between distinct brain regions, Jankiewicz said. He and his colleagues from South Africa and the US used an advanced type of magnetic resonance imaging (MRI) technique called diffusion tensor imaging (DTI) to examine the WM of 7-year-olds.

The team studied 65 HIV-positive children and 46 control subjects. The controls were either exposed to HIV and uninfected or unexposed and uninfected.

The children had previously been evaluated when they were 5 years old.  At that time, the researchers observed abnormalities in the WM of the HIV-positive subjects. Those alterations continued for the next 2 years.

In children who were exposed to HIV but uninfected (HEU), the team found higher FA and lower MD in cortical-spinal tract clusters. This suggests that either perinatal ART or HIV/ART exposure in utero has a long-term impact on WM development, he said.

The researchers are still unclear about what these differences represent in terms of the developing brain in exposed but uninfected children, he said.

As for observable differences in the HIV-positive and control groups, Jankiewicz said during the trials a few HIV-positive children developed HIV encephalopathy, a syndrome of cognitive, motor, and behavioral features seen in children.

However, the HIV positive group did as well as the controls in most cases. “We observed deficits in visual perception in HIV positive compared to uninfected children,” he said. “We are currently analyzing this data and the result should be presented in the next 6 months.”

Despite the WM changes in children given ART, those who get no treatment are faring even worse, Jankiewicz said.

He said previous studies clearly show that children who start treatment later, or those not on antiretroviral treatment at all, have poorer general health and neurodevelopment than uninfected controls.

Researchers will continue to assess WM changes as part of a longitudinal study that will now look at 9-, 11-, and 13-year-old stages. “This will provide information on HIV-related changes in developmental trajectories of brain WM and insights into whether changes observed at particular ages resolve or persist,” Jankiewicz said.

This information raises the question of whether or not anti-HIV therapies be reevaluated in light of the findings on 5 and 7-year-olds. “There is overwhelming evidence that early ART is beneficial for HIV-positive children. Current guidelines recommend initiating ART as soon as possible and within days of birth,” Jankiewicz said.

He added that the current study cannot differentiate between the effects of HIV and those of ART. Medical professionals should always strive to improve outcomes, he said, noting that anti-HIV therapies are constantly being studied and treatment options continually re-evaluated.

“Our findings do not support the discontinuation of ART; they indicate that the current ART regimen does not entirely negate the effects of HIV and/or ART influences on brain development,“ Jankiewicz said.

“Should we identify parts of the brain particularly vulnerable to HIV and/or ART, or how the timing of ART affects brain development, this could inform treatment policy, drug combinations, and early intervention strategies,” he said.

The report was published in Frontiers in Neuroanatomy.