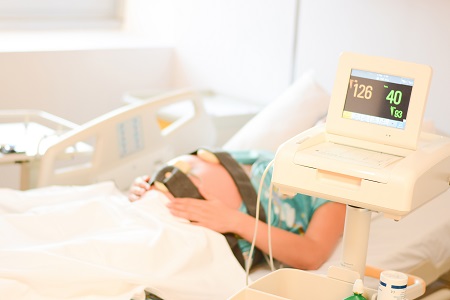 While mountains of previous research has indicated disparities in the care received by black and Hispanic women, a new study is shining light on disparities during postpartum care.

Results of the study, which was from investigators at Northwestern University, found black and Hispanic women receive fewer morphine milligram equivalents and were less likely to receive prescriptions for opioids at discharge, despite reporting higher pain scores.

In an effort to assess racial and ethnic differences in postpartum pain scores, inpatient opioid administration, and discharge opioid prescriptions, investigators conducted a single center retrospective cohort study of patients from the Northwestern Memorial Hospital. Patients included in the study gave birth at the hospital between December 2015 through November 2016.

For inclusion in the study, patients needed to be 18 years of age or older, identified as non-Hispanic white, non-Hispanic black, or Hispanic. Patients could not have a documented history of allergies to nonsteroidal anti-inflammatory or morphine. Women were also excluded if they carried a diagnosis of opioid use disorder or had a prescription for buprenorphine, methadone, or fentanyl within a year of hospitalization.

Investigators assessed 3 outcomes as part of the current analysis. Those outcomes included patient-reported postpartum pain at discharge, inpatient oral opioid dosing during postpartum hospitalization, and receipt of an opioid prescription at discharge. Assessments performed by investigators to evaluate associations between outcomes and maternal ethnicity used multivariable logistic regression models with random effects to account for clustering by discharge physician.

One way to address them would be to encourage more standardized approaches to postpartum pain management," said Nevert Badreldin, MD, assistant professor of obstetrics and gynecology at Northwestern University Feinberg School of Medicine and a Northwestern Medicine physician. "Acknowledging the presence of racial and ethnic disparities in postpartum pain management is the first step to addressing why it exists and how we can stop it.”

This study, titled “Racial Disparities in Postpartum Pain Management,” was published online in Obstetrics and Gynecology.

Click here to sign up for more HCPLive® content and updates.
Related Coverage >>>
Opioid Tolerance, Hyperalgesia Increase Following Stable Dosing
Ketamine Could Be Useful Alternative for Pain Relief, Sedation in ICU
Preeclampsia Linked to Negative CV Outcomes Following Pregnancy
You May Also be Interested in
Most Popular
The Fear of the Coronavirus, and the Reality of the Flu
Top 10 Painkillers in the US
Notes from Rounds: On The Floor at SCCM's Annual Critical Care Congress
When to Suspect Diarrhea is Symptom of a Clostridium Difficile
Do EMRs Provide Clinically Relevant Information?